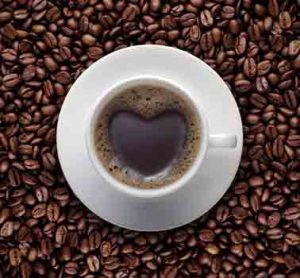 When you need an attention booster - without the jitters - try a cocoa and coffee blend. [Photo: Bigstock]

Natural Health News — Adding a dash of cocoa to your coffee may help you concentrate better, according to new research.

US researchers wanted to examine the “acute effects of brewed cocoa consumption on attention, motivation to perform cognitive work and feelings of anxiety, energy and fatigue.”

In a nearly year-long small double-blind study, two dozen university aged student were split into groups that consumed either brewed cocoa, cocoa with caffeine, caffeine without cocoa, or a placebo with neither caffeine nor cocoa prior to performing a series of cognitive tests. None of the test drinks included milk, but they were sweetened with stevia.

The study had a crossover design, which meant that the groups was given each of the drinks in the four test periods over the course of the year.

Results of the study, which was sponsored by the chocolate manufacturers Hershey, were published in the journal BMC Nutrition.

» The benefit of cocoa and coffee have been studied separately, but rarely together.

» In a new study US researchers have found that those drinking brewed cocoa (prepared in the same ways as coffee) has a quicker response rate, but those drinking the cocoa-coffee brew did better in terms of accuracy.

» Cocoa also helped to lower the ‘anxiety effect’ which is a common side effect of coffee drinking.

Who says science can’t be fun?

The coffee and or cocoa drink were made in a regular (Mr Coffee)  coffee maker.

After drinking their brewed drinks, the participants were asked to do tests to evaluate both cognitive tasks and mood.

Results showed quicker response rates from those who drank cocoa, but those drinking the caffeine-cocoa concoction had higher accuracy than those with the cocoa drink alone.

The study found another interesting statistic in that the caffeine had a negative effect on people’s moods: when compared to the placebo group, those who had only caffeine in their drink were angrier. Consuming cocoa along with the caffeine lessened those feelings of anger along with anxiety.

“The results of the tests are definitely promising and show that cocoa and caffeine are good choices for students and anyone else who needs to improve sustained attention,” he adds.

Cocoa beans can be roasted, ground and brewed just like coffee and some people do use them in this way as a healthier alternative to coffee.

Cocoa contains only a small amount of caffeine (approximately 5-fold and 20-fold less caffeine per ounce than cola and coffee, respectively). But even small amounts of caffeine can influence attention and mood and cocoa, of course, has other constituents such as antioxidant flavonols and the stimulant theobromine which have been shown to improve alertness and choline and tryptophan (which have been shown to influence mood, motivation or cognitive performance.

When you need an attention booster - without the jitters - try a cocoa and coffee blend. [Photo: Bigstock]