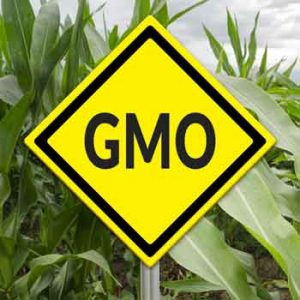 The wider adoption of GMOs will blow up in our faces if we don't stop it now. [Photo: Bigstock]

Natural Health News — Today the UK’s environment Secretary Owen Paterson pledged the UK government’s support for more GM crops stating they were safe, and brought multiple benefits for the consumer and the environment.

It’s ironic that just as the disastrous US experience with GM is coming to a head and consumers, retailers, scientists and farmers alike are campaigning for the Americas to end their toxic love affair with GM, the UK should make a move to embrace this failed technology.

According to long-time campaigners GM Freeze the UK’s new found support for GM crops is based on poor and partial information, that proposed policy changes will have to be agreed by the EU and could make UK food exports to EU markets more difficult.

In his speech today Owen Paterson claimed that GM crops are beneficial to wildlife because they reduce pesticide use and the higher yields GM offers mean they will use less land to produce the food we need.

Scientific papers on GM cultivation in the US clearly show that GM crops have increased pesticides usage.  GM herbicide tolerant crops, designed specifically to be used with Monsanto’s herbicide Roundup (active ingredient glyphosate), are failing because weeds have developed resistance to the weedkiller. As a result herbicide use has increased hugely, and to prevent things getting worse farmers will now have to spray mixtures of other herbicides in addition to Roundup or hand pull weeds.

In addition to the development of superweeds, Bt maize in the US Midwest is plagued by insect pests resistant to the GM toxin produced by the plants.

Here in the UK Government-backed research showed that farmland wildlife is harmed by GM herbicide tolerant beet and oilseed rape, and the crops were banned in 2004. In the US research has shown that GM maize and soya crops are contributing to the decline of Monarch butterfly populations.

Mr Paterson’s claims that GM crops are needed to feed the world because they yield more has no factual basis.

Research has showed that GM crops in fact have a “yield drag”, not increase, of up to 5%.  Long-term research by the USDA has shown that GM soya and maize rotations produce lower yields, use more fossil fuels, fertilisers and pesticides and are more polluting to water than longer four-year rotations using a more diverse range of crops.

Based on this scientific evidence it is difficult to understand Mr Paterson’s assertions that GM crop do less harm on less land.

Mr Paterson’s also claims that Golden Rice is being held back from farmers is not true. The rice has not been assessed as safe by any country. Indeed there are doubts that it will significantly increase the availability pro-Vitamin A in diets of undernourished people.

Other research has shown that providing people with a balanced diet is the way forward, and “Golden Rice” distracts us from this objective. Conventional plant breeding has already increased pro-vitamin A content of several crops in Africa including sweet potatoes.

Government in the pocket of biotech

The following actions were agreed by UK Government representatives and the biotech industry at a roundtable meeting held on 26 June 2012:

“It is very clear that Ministers are singing from industry’s hymn sheet, which they agreed last year. This is not the way to develop a coherent food and farming policy for the UK. If the UK unilaterally goes for GM crops there a real risk that the threat of contamination will close off many markets in the EU to our farmers. We cannot jeopardise our economy in this way.

“Ministers need to escape from the influence of GM lobbyists and get out to talk with scientists involved in developing real solutions, including non-GM high tech plant breeding, to ensure we can continue to produce sufficient food without trashing the planet.

“GM is an extension of a discredited system of farming based on reliance on non-renewable resources that is adding to climate change, destroying wild life, damaging soil and polluting water and air. Ministers are in great danger of taking us down a blind alley by pushing a technology that has not delivered on any promises after 30 years of public investment.”

The wider adoption of GMOs will blow up in our faces if we don't stop it now. [Photo: Bigstock]