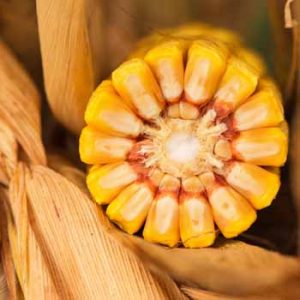 A brief moratorium on the approval of GM crops will allow campaigners to regroup and redouble their efforts. [Photo: Bigstock]

EU delays approval of genetically modified crops until 2014 – sort of

The delay, while not an officially mandated ‘freeze’, has been implemented mainly to allow Tonio Borg, EU Health Commissioner to try and convince anti-GM EU member states to enter into a ‘discussion’ about the future of GM in the EU.

The draft rules proposed by the European Commission in 2010 were meant to unblock EU decision-making on genetically modified crops, by allowing some countries to use the technology while letting others impose cultivation bans.

The Commission’s barely concealed pro-GM stance, however, has poisoned relations with a number of the 27 EU members.

Strong opposition from France, Germany and Britain has prevented agreement on the proposals, which must be approved by a majority of governments and the European Parliament before becoming law.

“We are going to discuss the issue with the three governments to see if we can reopen negotiations on the proposals,” said Frederic Vincent, spokesman for recently appointed EU Health Commissioner Tonio Borg.

Currently, EU rules state that any GM crop approved for cultivation can be grown anywhere inside the bloc, unless countries have specific scientific reasons for banning their cultivation.

Eight countries – Austria, Bulgaria, France, Germany, Greece, Hungary, Luxembourg and Poland – have adopted provisions that allow them to block the cultivation of GM crops on their territory.

European Commission chief Jose Manuel Barroso has not forced the countries to lift their safeguards.

The Anti-GM stance of these countries has prevented proposals for the cultivation of GM crops in the EU from becoming law.

Only two GM crops are currently approved for cultivation in Europe, where opposition from sceptical consumers and environmental groups remains strong.

That compares to more than 90 GM varieties approved for cultivation in the United States and about 30 in Brazil.

Seven GM crops – six maize varieties and one soybean – are currently awaiting cultivation approval from the Commission, having been passed as safe by the European Food Safety Authority (EFSA), the EU’s food safety watchdog.

The crops concerned were developed by agri-business multinationals including Monsanto, Dow AgroSciences, and Syngenta.

That stamp of safety from EFSA, however, has recently been challenged and it may be no coincidence that this ‘freeze’ on GM crops has come when it has.

Late last year, whilst performing an analysis to identify potential allergens in GMO crops, an EFSA scientist in Italy discovered that the most common genetic regulatory sequence in commercial GMOs also encodes a significant fragment of a viral gene.

This finding has serious consequences for crop biotechnology and its regulation, but possibly even greater ones for consumers and farmers. This is because there are clear indications that this viral gene (called Gene VI) might not be safe for human consumption. It also may disturb the normal functioning of crops, including their natural pest resistance.

EFSA have chosen to do a retrospective review of the evidence; thus this ‘time out’ for GM crops could be seen as a political compromise, buying time for regulators to try and come up with an explanation as to why they didn’t just recall all GM seeds and produce the moment this rogue gene was discovered. That would be the action the Precautionary Principle demands.

The discovery of the rouge gene also highlights what some GM opponents have been saying for years; that the science of GM , far from being precise and clean is more like trying to perform spinal surgery with a shovel. The results are always going to be messy.

Normal service will be resumed

Vincent said the Commission was unlikely to propose approving the seven varieties for cultivation in the coming weeks, but dismissed any suggestion of a permanent freeze on EU cultivation decisions for GM crops.

Commenting on the development, Greenpeace EU agriculture policy director Marco Contiero said that EU testing is not currently able to assess the safety of GM crops for the environment and health.

“For this reason, European countries unanimously called on the Commission to fix the authorisation system in 2008. The logical next step would be to freeze approvals of GM crops and to reform the way risk assessments are carried out. Unfortunately, so far the Commission’s attempts at reform have been far too timid and its refusal to declare an outright freeze on new approvals is determined by its fear of the biotech industry.”

The delay provides a temporary respite from GM’s relentless march towards the marketplace, and a chance for campaigners to regroup and redouble their efforts. But is not written in stone.

According to Vincent: “The Commission, if it wants, could launch a procedure to authorise the farming of one GM soya and six corn strains… but it won’t do so.”

A brief moratorium on the approval of GM crops will allow campaigners to regroup and redouble their efforts. [Photo: Bigstock]