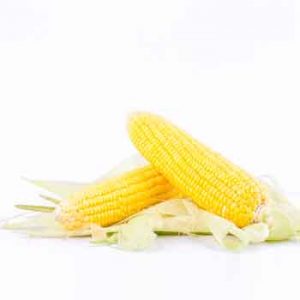 They may look the same, but GMO corn and non-GMO corn are definitely not the same - and the GMO version could be bad for our health.

Natural Health News — GMO foods are presumed to be safe because regulators have deemed them to be basically the same as natural foods.

The technical name for this assumption is ‘substantial equivalence’ and it is on this basis that most GM foods are pushed through the regulatory system and onto our plates.

But a new analysis in the journal Scientific Reports has taken a deep look at a strain of GMO maize, NK603, and concluded that claims of ‘substantial equivalence’ – the notion that GMO crops are basically the same as non-GMO crops –  is false.

Campaigners have, for many years, questioned whether there is any factual basis for the ‘substantial equivalence claim given that determining it usually involves only superficial testing of nutritional content.  Given the tricky and not terribly exact nature of genetic modification, other aspects of the plant can also be altered – often in unintended ways – by the genetic alteration.

» But a new UK study has foudn that a strain of GMO maize widely consumed by people and animals, produced significantly higher levels of substance linked with allergies and cancer.

» The scientists are calling on regulators to be more thorough in their assessments of what constitutes ‘safe’ food.

Looking beneath the surface

Now, using the most up to date molecular profiling methods, scientists at King’s College in London have found that deep down, where it counts, GMO NK603, which is widely consumed by humans and animals, differs substantially from its non-GMO relatives.

The researchers found that the process of genetic modification altered the levels of various proteins in the maize kernels and exposed the plant’s cells and tissues to greater damage when reacting with oxygen (in other words it is more prone to free radical damage).

The GMO maize was also found to contain the polyamines cadaverine and putrescine, which can heighten allergic reactions and are involved in the formation of carcinogenic substances in the body. These were found at levels two and three times that of non-GMO maize.

“It is generally considered that the GM maize and non-GM are similar, except for the modified gene,” says Robin Mesnage, molecular toxicology researcher and co-author of the study.

Indeed, in 2009 the European Food Safety Authority ruled that “maize NK603 is compositionally equivalent to conventional maize”, except for the genetic modification that makes it tolerant to glyphosate-based herbicides such as Roundup.

But what the current study, which compared the GMO maize to non-GMO maize grown under exactly the same conditions, found was a total of 117 proteins and 91 small molecule biochemicals (metabolites) were statistically significantly altered in NK603 corn by the GM transformation process. At the molecular level GMOs are simply not the same.

How safe is safe?

The differences found in this study, says lead author Michael Antoniou, call for “a more thorough evaluation of the safety of NK603 [maize] consumption on a long-term basis.”

This is not the first study to suggest that GMOs are not substantially equivalent to natural plants. What’s more, this same strain of GMO maize has previously been shown to produce toxic effects in rats, notably liver and kidney damage.

As the evidence mounts it throws into question the process by which regulators deem GMOs ‘safe’ for humans and animals to consume. It also highlights the complete lack of post-marketing monitoring which should be looking for any adverse health consequences of consuming GM foods.

Organic standards, of course, do not allow GMOs in food or feed and Peter Melchett, policy director of the Soil Association, the UK’s main organic certification body, notes that the findings, if replicated “…may start to explain why farmers have found that some GM crops, which are claimed to be the same as non-GM, have caused health problems when fed to their animals.”

Pat Thomas of Beyond GM suggests that the time has come to stop using ‘substantial equivalence’ as a reason to avoid more thorough research into the potential risks of GM foods: “Campaigners have long known that ‘substantial equivalence’ is little more than a comforting lie. It allows marketers to bring these unnatural crops to market without full – and potentially revealing – testing, it keeps regulators from having to work too hard to ensure our food is safe, and it stops many consumers from asking the questions that need to be asked about whether it is actually safe for them to be consuming GMOs. It’s time to stop believing in that lie.”

They may look the same, but GMO corn and non-GMO corn are definitely not the same - and the GMO version could be bad for our health.