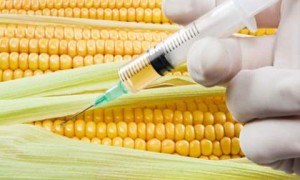 Exposed: Biotech giant’s lies about the safety of GM corn

In a 2007 civil case German dairy farmer Gottfried Gloeckner sought damages, claiming that between 2000 and 2002 he witnessed the mysterious illnesses and deaths of numbers of his cows after he had fed them the Swiss company’s Bt maize.

The new charges follow Gloeckner’s long struggle for justice. The cows in question were grown on his farm as part of authorised field tests during 1997 to 2002. By 2000, they were fed exclusively on Bt 176, at which point the illnesses started to emerge. He was initially paid 40,000 Euros by Syngenta as partial compensation for 5 dead cows, decreased milk yields, and vet costs.

Gloeckner continued to lose cows, however, and many more had to be put down due to serious illnesses, compelling him to stop using GM feed from 2002.

He approached the Robert Koch Institute and Syngenta to conduct a full investigation. Only one cow was ever analysed and the data are still unavailable to the public. Perhaps unsurprisingly, no causal relationship between the GM feed and deaths was determined – something which worked in Syngenta’s favour during the trial

During the 2007 trials Syngenta claimed it had no evidence that the genetically modified maize caused serious illness and could indeed be lethal to cows.  The case was dismissed and Gloeckner was left near destitute.

However documents have recently surfaced that show Syngenta deliberately concealed the results of an internal, company-run study on Bt 176 corn from 1996 that was abruptly ended when four cows died after just two days of consuming the GM maize.

Using the testimony of another farmer whose cows died after eating the Syngenta product, Gloeckner and the team have filed a new suit charging the biotech giant for the death of over 65 cows, withholding knowledge of the death-link, and holding the corporation liable for not registering the cattle deaths. The farmer and his team is even charging Hans-Theo Jahmann, the German head of Syngenta, personally over the withholding of knowledge.

They also bring to the fore, once again, historical evidence of harm in animals consumer GM crops.

According to the Institute for Science in Society (ISIS), in India where livestock are left to graze on post-harvest cotton, thousands of livestock deaths have been recorded in different villages across central India where Bt cotton is grown.

Shepherds’ observations and post-mortem analysis carried out in a laboratory revealed abnormal liver, enlarged bile ducts and black patches in the intestine.

The shepherds reported that the sheep became “dull/depressed” after 2-3 days of grazing, started coughing with nasal discharge and developed red lesions in the mouth, became bloated and suffered blackish diarrhoea, and sometimes passed red urine. Death occurred within 5-7 days of grazing.

The vets believed that the animal’s illnesses were linked to the Bt toxin, but this could not be proven as results were confounded by additional pesticides used on the fields. The shepherds were however, advised against letting the sheep graze on any more Bt cotton plants.

Philippine villagers living around Bt maize fields have also suffered deaths and similar illnesses of fever, respiratory, intestinal and skin problems.  Five deaths were reported in 2003 and subsequently, 38 individuals had their blood analysed and all were positive for antibodies specific to the Cry1Ab protein contained in the maize, suggesting an immune reaction to the toxin.

In spite of these and other observations, little proper testing has ever been done on the safety of consuming GM crops, and where it has been the results ridiculed and the scientists careers broken. GM groups hope that Gloeckner’s case will finally bring justice to the farmer, but also that it will open the doors to more transparent and thorough research on the effects of eating GM food for both animals and people.