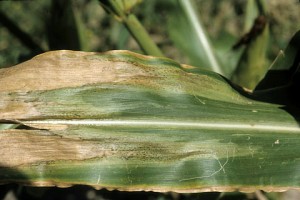 Pathogen ‘new to science’ found in GM crops – what does it mean?

Natural Health News — You’ve probably seen the headlines but do you know why the story is so important?

Earlier this years a USDA senior scientist sent an “emergency” warning to US Secretary of Agriculture Tom Vilsack warning of a new plant pathogen in Roundup Ready GM soybean and corn that may be responsible for high rates of infertility and spontaneous abortions in livestock.

Round-up is the commercial name for the pesticide glyphosate, which is harmful to humans and responsible for the emergence of ‘superweeds’ – that is, weeds that no pesticide can kill.  Professor Huber’s research makes a more sinister addition to the laundry list of problems associated with this substance.

An emergency plea for sanity

An open letter appeared on the Farm and Ranch Freedom Alliance founded and run by Judith McGeary to save family farms in the US [1, 2].

The letter, written by Don Huber, professor emeritus at Purdue University, warns of a pathogen “new to science” discovered by “a team of senior plant and animal scientists”.

Huber says it should be treated as an “emergency’’, as it could result in “a collapse of US soy and corn export markets and significant disruption of domestic food and feed supplies.”

The letter appeared to have been written before Vilsack announced his decision to authorize unrestricted commercial planting of GM alfalfa on 1 February, in the hope of convincing the Secretary of Agriculture to impose a moratorium instead on deregulation of Roundup Ready (RR) crops.

The new pathogen appears associated with serious pervasive diseases in plants – sudden death syndrome in soybean and Goss’ wilt in corn – but its suspected effects on livestock is alarming.  Huber refers to “recent reports of infertility rates in dairy heifers of over 20%, and spontaneous abortions in cattle as high as 45%.”

This could be the worst nightmare of genetic engineering that some scientists have been warning for years [3]– the unintended creation of new pathogens through assisted horizontal gene transfer and recombination.

Huber writes in closing: “I have studied plant pathogens for more than 50 years. We are now seeing an unprecedented trend of increasing plant and animal diseases and disorders. This pathogen may be instrumental to understanding and solving this problem. It deserves immediate attention with significant resources to avoid a general collapse of our critical agricultural infrastructure.”

A threat to our food supply

At the beginning of 2011 Secretary Vilsack approved the unrestricted commercial cultivation of genetically modified alfalfa in the US. With President Obama’s blessing, he also removed buffer zone requirements.

Because of this it will become increasingly hard to find meat and dairy from animals that haven’t been fed on either GM soya or alfalfa. What is more, the removal of the buffer zones will mean a greater risk of cross-contamination with non-organic crops, as well threatening the survival of  organic meat and dairy industry which relies on GM-free alfalfa.

Observers believe that eventually this cross-contamination will give the biotech industry complete control over the fourth largest crop in the US.

What is more, the more GM crops we are growing, the greater chance that this pathogen will find it’s way into the human food chain. And we simply do not know enough about it to know what the consequences of that will be.

A team of senior plant and animal scientists have recently brought to my attention the discovery of an electron microscopic pathogen that appears to significantly impact the health of plants, animals, and probably human beings. Based on a review of the data, it is widespread, very serious, and is in much higher concentrations in Roundup Ready (RR) soybeans and corn-suggesting a link with the RR gene or more likely the presence of Roundup. This organism appears NEW to science!

This is highly sensitive information that could result in a collapse of US soy and corn export markets and significant disruption of domestic food and feed supplies. On the other hand, this new organism may already be responsible for significant harm (see below). My colleagues and I are therefore moving our investigation forward with speed and discretion, and seek assistance from the USDA and other entities to identify the pathogen’s source, prevalence, implications, and remedies.

We are informing the USDA of our findings at this early stage, specifically due to your pending decision regarding approval of RR alfalfa. Naturally, if either the RR gene or Roundup itself is a promoter or co-factor of this pathogen, then such approval could be a calamity. Based on the current evidence, the only reasonable action at this time would be to delay deregulation at least until sufficient data has exonerated the RR system, if it does.

For the past 40 years, I have been a scientist in the professional and military agencies that evaluate and prepare for natural and manmade biological threats, including germ warfare and disease outbreaks. Based on this experience, I believe the threat we are facing from this pathogen is unique and of a high risk status. In layman’s terms, it should be treated as an emergency.

A diverse set of researchers working on this problem have contributed various pieces of the puzzle, which together presents the following disturbing scenario:

Unique Physical Properties
This previously unknown organism is only visible under an electron microscope (36,000X), with an approximate size range equal to a medium size virus. It is able to reproduce and appears to be a micro-fungal-like organism. If so, it would be the first such micro-fungus ever identified. There is strong evidence that this infectious agent promotes diseases of both plants and mammals, which is very rare.

Linked with Outbreaks of Plant Disease
The organism is prolific in plants infected with two pervasive diseases that are driving down yields and farmer income-sudden death syndrome (SDS) in soy, and Goss’ wilt in corn. The pathogen is also found in the fungal causative agent of SDS (Fusarium solani fsp glycines).

Implicated in Animal Reproductive Failure
Laboratory tests have confirmed the presence of this organism in a wide variety of livestock that have experienced spontaneous abortions and infertility. Preliminary results from ongoing research have also been able to reproduce abortions in a clinical setting.

For example, 450 of 1,000 pregnant heifers fed wheatlege experienced spontaneous abortions. Over the same period, another 1,000 heifers from the same herd that were raised on hay had no abortions. High concentrations of the pathogen were confirmed on the wheatlege, which likely had been under weed management using glyphosate.

Recommendations
In summary, because of the high titer of this new animal pathogen in Roundup Ready crops, and its association with plant and animal diseases that are reaching epidemic proportions, we request USDA’s participation in a multi-agency investigation, and an immediate moratorium on the deregulation of RR crops until the causal/predisposing relationship with glyphosate and/or RR plants can be ruled out as a threat to crop and animal production and human health.

It is urgent to examine whether the side-effects of glyphosate use may have facilitated the growth of this pathogen, or allowed it to cause greater harm to weakened plant and animal hosts. It is well-documented that glyphosate promotes soil pathogens and is already implicated with the increase of more than 40 plant diseases; it dismantles plant defenses by chelating vital nutrients; and it reduces the bioavailability of nutrients in feed, which in turn can cause animal disorders. To properly evaluate these factors, we request access to the relevant USDA data.

I have studied plant pathogens for more than 50 years. We are now seeing an unprecedented trend of increasing plant and animal diseases and disorders. This pathogen may be instrumental to understanding and solving this problem. It deserves immediate attention with significant resources to avoid a general collapse of our critical agricultural infrastructure.