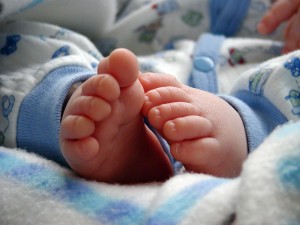 GM toxins found in the blood of mothers and babies

Consumers are constantly reassured by regulators that no traces of GM material can be found in genetically modified foods. But a new study from Canada has thrown doubt on these claims.

The study was carried out by researchers at Sherbrooke University Hospital in Quebec and examined the blood of both pregnant women and non-pregnant women. The tests revealed that a high percentage of the women in both groups had a Bt toxin produced by GM insect resistant crops in their blood.

Researchers also found worrying evidence that this toxin is being passed from mother to baby.

The team took blood samples from 30 pregnant women prior to delivery, 30 samples from umbilical cords immediately after birth as well as samples from 39 non-pregnant women who were undergoing treatment. All the women were of a similar age and body mass index, and none worked with pesticides or lived with anyone who did.

The results show that the toxic Bt protein Cry1Ab was present in the blood of 93% of the pregnant women, in 80% in umbilical blood samples and in 67% of the non-pregnant women. The likely source of the toxin was from eating meat, milk and eggs from animals fed GM corn.

The same Bt toxin detected in this study is present in Mon810 maize, which is approved for cultivation in the EU, though it is currently banned in France, Germany, Austria, Hungary, Luxemburg and Greece.

The safety of GM crops has been based largely on animal tests, which have shown that genetically modified material does not survive the digestive process. But this human study casts doubt on the validity of those findings and suggests that regulators should now be adopting a precautionary approach in order to protect human health.

Campaigners are urging the EU to prevent any further GM Bt crops being cultivated or imported for animal feed or food until the potential health implications have been fully evaluated.