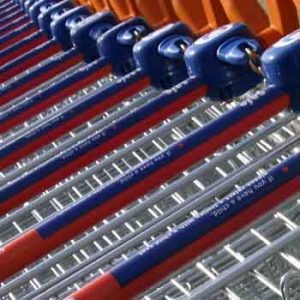 Consumers have ongoing and serious concerns about the safety of nanotechnology in food and food packaging. [Photo: Bigstock]

Consumers not convinced of nanotech safety

A new survey commissioned by the Food Standards Agency has found that consumers have ongoing and serious concerns about the safety of nanotechnology in food and food packaging.

The study, which involved 120 participants and was conducted across a series of small “citizens’ forums” across the UK, found that consumers’ concerns could be summed up in three key questions which participants returned to again and again during the discussions: “Why are we doing this?”,  “Who is it for?” and “Is it worth it?”

The forums invited representatives from the FSA to reassure participants about the rigour of the regulatory process for introducing novel foods via the European Novel Foods Regulation.

However, lack of confidence in the robustness of the safety testing process and as well as lack of confidence that manufacturers and decision-makers would act honestly or in the interest of consumers meant that details about the regulatory process failed to completely reassure participants.

While consumers were relatively more open to the use of nanotechnology in food packaging and expressed interest in potential benefits such as extending shelf life and waste reduction, concerns persisted about the potential for nanomaterials in food packaging to migrate into food.

Consumers expressed a preference for labelling schemes that let them know when a food contained deliberately engineered nanomaterials and felt that a continuously updated list of approved nanomaterial-containing products should be made available to the public.

Likewise a lack of trust in the motives of manufacturers meant that consumers felt there should be an independent source or sources of information to help them understand the issues.

In those areas where consumers could see potentially useful applications for nano-technology participants were keen to stress that this should not be interpreted as a ‘green light’ or as the consumer embracing the use of nanotechnology without the concerns about safety being fully addressed.

Research company BMRB admitted the results showed “a degree of cynicism about food technology” and a belief that “technological advances in food are developed in the interest of business rather than consumers and that consumers ultimately bear the costs, either through increased food prices, lower quality produce, or reduced health.”

Consumers have ongoing and serious concerns about the safety of nanotechnology in food and food packaging. [Photo: Bigstock]