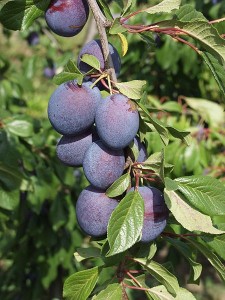 When it comes to improving bone health eating dried plums – prunes to you and me – may be your best friend.

In a study published in the British Journal of Nutrition a group of researchers from Florida State and Oklahoma State University tested two groups of postmenopausal women. Over a 12-month period, the first group, consisting of 55 women, was told to consume 100 grams of dried plums (about 10 prunes) each day.

A second comparative control group of 45 women was told to consume 100 grams of dried apples. All of the study’s participants also received daily doses of calcium (500 milligrams) and vitamin D (400 international units).

The group that consumed dried plums had significantly higher bone mineral density in the ulna (one of two long bones in the forearm) and spine, in comparison with the group that ate dried apples.

Our bones engaged in a continual process of breakdown and regeneration. The benefit of prunes, say the researchers, was due in part to the ability of dried plums to slow the rate of breakdown of bone, which tends to exceed the rate of new bone growth as people age.

Loss of bone density is a risk factor for osteoporosis a disease that affect primarily post-menopausal women, but which is also common in men. Indeed while women are at risk of losing bone at a rate of 3-5% per year in the first five to seven postmenopausal years by age of 65, men’s bone density begins to decline as rapidly as women’s.

The researchers suggest starting by eating two to three dried plums per day and increase gradually to perhaps 6-10 per day. Prunes can be eaten as they are or incorporated into a variety of recipes.