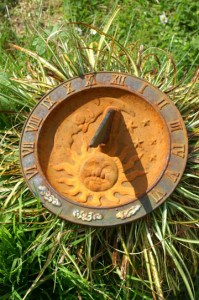 So many hours of daylight...hiding from the sun when it's out can lead to low vitamn D levels

A young girl’s vitamin D status may influence the age at which she begins to menstruate, according to new data.

In past studies exposure to environmental estrogens has been linked to earlier menstruation. Now data from a new US study published in the American Journal of Clinical Nutrition shows that low vitamin D status in young girls is also influential

A 10 month difference may not seem like much but at that time of life a young girl’s body is changing rapidly. Early exposure to the hormones that trigger menstruation may have health implications that run right through her life. Earlier menstruation, for instance, is linked cardiovascular and metabolic diseases as well as a higher risk of cancer, particularly breast cancer.

The researchers did not speculate as to why vitamin D status would be influential. However, previous research has suggested that menarche happens later in girls living closer to the Equator than girls living in northern countries. Coincidentally, girls in northern countries may have high rates of vitamin D deficiency during winter months because of limited sun exposure.

It is also possible that the ‘sun phobia’ of modern culture – where we keep children out of the sun or cover them from head to toe in sunscreens – may also contribute.

So many hours of daylight...hiding from the sun when it's out can lead to low vitamn D levels