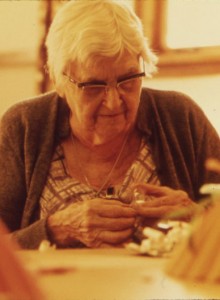 When it comes to volunteering, motives matter

Natural Health News — Studies have long shown that people who give, live longer. But now, a new study shows that why people volunteer – not whether they volunteer – is what really counts.

“We’ve known for a long time that volunteering can have benefits not just to the people receiving help but also to those who give their time and energy,” said Sara Konrath, the lead author of the study and a social psychologist at the University of Michigan Institute for Social Research (ISR).

“On the surface, volunteering seems to be a purely selfless act. But, in fact, people volunteer for a wide range of reasons, from getting out of the house and meeting new people to doing something good for people who need help and groups they support.”

For the study, published online by the American Psychological Association in the peer-reviewed journal Health Psychology, Konrath and analysed data from a study that followed a random sample high school students in the state of Wisconsin in the US, who graduated in 1957. The data used in the analysis were collected in 2004 and included 3,376 men and women who were about 65 years old at the time.

Overall, they found that 57% of those surveyed reported doing at least some volunteer work in the past 10 years.

But what really made a difference were people’s motives for volunteering. Participants were asked to rate how important they found various reasons for volunteering, and the more important they rated ‘other’ oriented reasons – that is reasons that benefited other people – the more likely they were to be alive after four years. These reasons included feeling compassion for people in need or because it was important to their loved ones.

Those who rated motives related to personal benefit as more important were marginally more likely to have died after four years. In fact, those who volunteered for personal benefits – for instance because they enjoyed the social contact, to get out of the house, to escape their own problems, or to explore their own strengths – were just as likely to die as those who didn’t volunteer at all.

Even after factoring in other things that might affect mortality, such as physical health, the researchers found that motives still mattered.

“Our analysis clearly demonstrates the importance of motives when considering the health benefits of volunteering,” Konrath said. “This research did not examine why motive matters so much, but work by my co-author Stephanie Brown and others has shown that concern about others helps us tap into the same system that operates in mothers and other caregivers.

“This system is a suite of thoughts, emotions, and underlying neurological and psychophysiological circuitry that helps deactivate stress responses and activate hormones, such as oxytocin, that restore physiological function. Basically, it buffers the stress of caregiving and promotes well-being.”