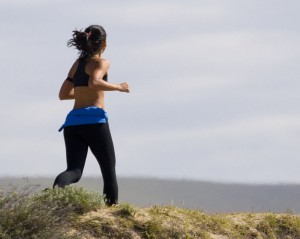 Exercise as good as drugs at preventing migraines

Natural Health News — Although exercise is often prescribed as a treatment for migraine, there has not previously been sufficient scientific evidence that it really works.

However, new data from the University of Gothenburg, Sweden, has now shown that exercise is just as good as drugs at preventing migraines.

Doctors use a variety of different methods to prevent migraines these days: on the pharmaceutical side a drug based on the substance topiramate has proved effective, while non-medical treatments with well-documented effects include relaxation exercises.

Published in the journal Cephalalgia, the study involved 91 migraine patients, a third of whom were asked to exercise for 40 minutes three times a week under the supervision of a physiotherapist, with another third doing relaxation exercises, and the final third given topiramate.

The study lasted for a total of three months, during which the patients’ migraine status, quality of life, aerobic capacity and level of physical activity were evaluated before, during and after their treatment. Follow-ups were then carried out after three and six months.

The results showed that the number of migraines fell in all three groups. It also found that there was no difference in the preventative effect between the three treatments.

The scientists concluded that exercise can act as an alternative to relaxation regimes and topiramate when it comes to preventing migraines, and is particularly appropriate for patients who are unwilling or unable to take preventative medicines.

The drug topiramate is used to treat both epilepsy and migraine. Common side effects in adults include loss of appetite, dizziness, and tingling sensations are some of the side effects reported by adults taking topiramate. Problems that have been seen in children include runny nose, constipation, and fever.