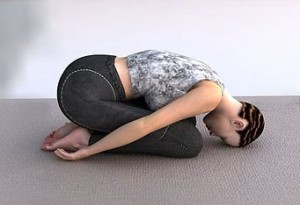 Natural Health News — In the largest study of yoga to date in the US, regular yoga classes were found to relieve symptoms of chronic low back pain and improve back-related function

The randomized controlled trial, published online ahead of its print publication in the Archives of Internal Medicine,also found that intensive stretching classes were equally as effective and that both types of exercise were more effective than advice from a self-care book

Back-related function was better and symptoms were diminished with yoga after 12 weeks; and there were other clinically important benefits, including less use of pain medications, which lasted at least six months for participants in both the yoga and stretching groups.

In the trial, 228 adults in six cities in western Washington state were randomly assigned to 12 weekly 75-minute classes of either yoga or stretching exercises or a comprehensive self-care book called The Back Pain Helpbook. Participants typically had moderate, though not severe – back pain and relatively good mental health. Most had been at least somewhat active before the trial started.

The class participants received instructional videos and were encouraged to practice at home for 20 minutes a day between their weekly classes.

Both the yoga and stretching classes emphasized the torso and legs:

“We expected back pain to ease more with yoga than with stretching, so our findings surprised us,” lead researcher Dr Karen J Sherman said. “The most straightforward interpretation of our findings would be that yoga’s benefits on back function and symptoms were largely physical, due to the stretching and strengthening of muscles.”

But the stretching classes included a lot more stretching than in most such classes, with each stretch held for a relatively long time, as would be the case in yoga.

In other words the trial ended up comparing rather similar programs with each other.

The results suggest that both yoga and stretching can be good, safe options for people who are willing to try physical activity to relieve their moderate low back pain though Dr Sherman adds. “It’s important for the classes to be therapeutically oriented, geared for beginners, and taught by instructors who can modify postures for participants’ individual physical limitations.”