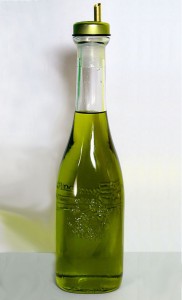 Olive oil and fish in the diet benefits acute pancreatitis

Scientists have discovered that oleic acid and hydroxytyrosol – present in a particularly high concentration in virgin olive oil and in the omega-3 polyunsaturated fatty acids found in fish affect the cellular mechanisms involved in the development of acute pancreatitis.

Acute pancreatitis is an inflammatory disease. A healthy pancreas produces a range of hormones, such as insulin and glucagon, and enzymes Most of the time the enzymes are only active after they reach the small intestine, where they are needed to digest food. But in pancreatitis these enzymes become  active inside the pancreas, and attack the tissue of the pancreas damaging it and causing it to swell and bleed.

Acute pancreatitis affects men more often than women. It’s main symptom is abdominal pain felt in the upper left side or middle of the abdomen after eating or drinking, especially fatty foods. The pain can last for several days. Doctors still don’t understand what triggers it, though it is thought to be a disease caused by free radical damage

The study by Spanish scientists, was based on an animal model, so the result needs to be confirmed in humans.

The author of this study, María Belén López Millán affirms that “there is increasing evidence that there are oxidative-inflammatory processes involved in the origin of chronic diseases and that diet plays an important role in such processes”.

However, both oleic acid and hydroxytyrosol have an non-inflammatory effect which may be why they produced positive results in the lab. Olive oil and fish are a mainstay of the celebrated Mediterranean diet and the authors suggest including these nutritional staples in the diet may also lead to benefit in humans.

The results of this study have been partially published in the journal Proceedings of the Nutrition Society.