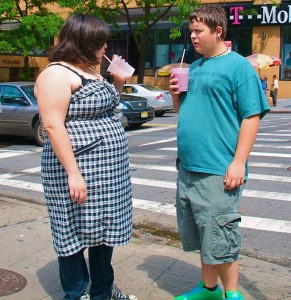 Natural Health News — Researchers have found that exposure to the chemical group known as phthalates is linked to obesity in children.

Phthalates are man-made, hormone-disrupting chemicals that can mimic the body’s natural hormones. They are commonly used in plastic flooring and wall coverings, food processing materials, medical devices and cosmetics.

While poor nutrition and physical inactivity are known to contribute to obesity, a growing body of research suggests that environmental chemicals also play a role in rising childhood obesity rates.

This study,  in the journal Environmental Research, is the first to examine the relationship between phthalate exposure and specific measurements used to identify obesity in children.

In it, researchers from the Children’s Environmental Health Center at Mount Sinai Medical Center in New York measured phthalate concentrations in the urine of 387 black and Hispanic children in New York City, and recorded body measurements including BMI, height and waist circumference one year later.

97% had toxic phthalates in their bodies

The urine tests revealed that more than 97% of the children had been exposed to monoethyl phthalate (MEP) and other low molecular-weight phthalates typically found in personal care products such as perfume, lotions, and cosmetics as well as varnishes, medical devices and drug and nutritional supplement coatings.

The team also found an association between concentrations of these phthalates with BMI and waist circumference among overweight children. BMI in overweight girls with the highest exposure to MEP, for example, was 10% higher than those with the lowest MEP exposure.

“Research has shown that exposure to these everyday chemicals may impair childhood neurodevelopment, but this is the first evidence demonstrating that they may contribute to childhood obesity,” said the study’s lead author Susan Teitelbaum, PhD, Associate Professor in the Department of Preventive Medicine at Mount Sinai School of Medicine.

“This study also further emphasizes the importance of reducing exposure to these chemicals where possible.”