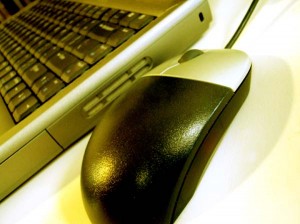 Natural Health News — In a first-of-its-kind study, scientists are reporting that the indoor air in offices is an important source of worker exposure to potentially toxic substances released by carpeting, furniture, paint and other items.

The report, which documents a link between levels of these so-called polyfluorinated compounds (PFCs) in office air and in the blood of workers, appears in the journal Environmental Science & Technology.

PFCs are persistent environmental pollutants. They are widely used to make non-stick coatings such as Teflon, stain resistant coatings for fabrics and waterproof coatings for furniture and carpets and electronic equipment such as computers. They are associated with reproductive effects, increased cholesterol, immune system disruption in animals and increased risk of certain types of cancer in people who are occupationally exposed to them.  (For a thorough overview see this recent report by the National Collaborating Centre for Environmental Health (NCCEH) in Vancouver, Canada).

Scientists know that potential sources of exposure include food, water, indoor air, indoor dust and direct contact with PFC-containing objects. But the link between levels in air and blood had not been explored previously, so McClean’s group set out to fill that gap with a small study of office workers in Boston.

They found concentrations of a PFC called fluorotelomer alcohol (FTOH) in office air that were 3-5 times higher than those reported in previous studies of household air, “suggesting that offices may represent a unique and important exposure environment.”

In addition, the study found a strong link between concentrations of FTOH in office air and perfluorooctanoic acid (a metabolite of FTOH) in the blood of the 31 office workers tested.

The results also suggested that workers in newly renovated office buildings may receive considerably higher doses of PFCs than workers in older buildings.