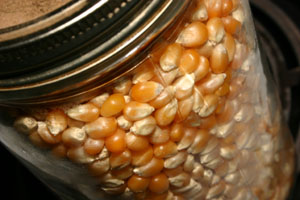 Popcorn cna be a healthy snack - just make sure you air pop it!

Natural Health News — Popcorn’s reputation as a healthy snack food popped up a few notches this week as scientists reported that it contains healthful levels of antioxidant polyphenols.

Speaking at the 243rd National Meeting & Exposition of the American Chemical Society (ACS), the world’s largest scientific society, being held here this week.

“Popcorn may be the perfect snack food. It’s the only snack that is 100 percent unprocessed whole grain. All other grains are processed and diluted with other ingredients, and although cereals are called “whole grain,” this simply means that over 51% of the weight of the product is whole grain. One serving of popcorn will provide more than 70% of the daily intake of whole grain. The average person only gets about half a serving of whole grains a day, and popcorn could fill that gap in a very pleasant way.”

The levels of polyphenols rivalled those in nuts and were up to 15 times greater than whole-grain tortilla chips. Those healthy polyphenols are more concentrated in popcorn, says Vinson because popcorn is only about 4% water, while polyphenols are diluted in the 90% water that makes up many fruits and vegetables.

In another surprising finding, the researchers discovered that the hulls of the popcorn – the part that everyone hates for its tendency to get caught in the teeth – actually has the highest concentration of polyphenols and fibre.

“Those hulls deserve more respect,” said Vinson, who is with the University of Scranton in Pennsylvania. “They are nutritional gold nuggets.”

But be careful how you cook it

Vinson cautioned, however, that the way people prepare and serve popcorn can quickly put a dent in its healthful image. Cook it in a potful of oil, slather on butter or the fake butter used in many movie theatres, pour on the salt, eat it as “kettle corn” cooked in oil and sugar – and popcorn can become a nutritional nightmare loaded with fat and calories.

Remember also that because of it’s concentrated goodness a little goes a long way! Likewise,  popcorn cannot replace fresh fruits and vegetables in a healthy diet. Fruits and vegetables contain vitamins and other nutrients that are critical for good health, but are missing from popcorn. 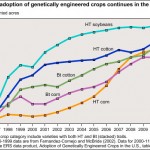 And make sure it’s organic!

There’s another caution to consider. The vast majority of corn seed in the US are genetically modified. Genetically modified foods have been linked to allergies and other ailments. So if you want your popcorn to be truly healthy make sure you go for organic kernels – more nutrition for you, less profit for companies producing GMOs!

Popcorn cna be a healthy snack - just make sure you air pop it!