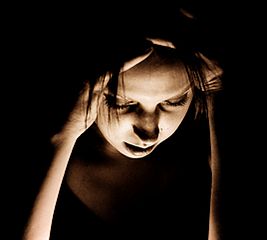 Magnesium is effective treatment for migraine

Natural Health News — When it comes to permanent migraine relief, sufferers often fear that they’ll have to take medication for the rest of their lives to control symptoms.

The good news is that recent research, much of it published within the last year, is pointing to simple lifestyle factors that can have a big impact on the frequency and severity of migraine symptoms.

One such simple lifestyle factor is including more magnesium on a day to day basis.

Magnesium is involved in hundreds of chemical reactions in our bodies, and also plays a vital role in preventing nervous system irritation. It is also the second most abundant material found in cytosol, the liquid inside our cells. It is also one of the most promising remedies for migraine relief.

While magnesium should be naturally present in our diet, most of us aren’t getting enough of it. Magnesium deficiency could be caused by inherited factors, stress, and low nutritional intake amongst other reasons. Years of intensive farming has also meant that our soil, and as a result much of the produce we buy, is lacking in this and other essential minerals.

A recipe for ill health

Migraines affect about 10% of the population, is three times more common in women than men and is most commonly thought to be due to blood vessel dysfunction and genetics.

Now, a comprehensive review article suggests that magnesium may play a role in migraine headaches.

Why all migraine suferers need magnesium

The article, recently published in The Journal of Neural Transmission boldly makes the case for “Why All Migraine Patients Should Be Treated with Magnesium”, noting the following key points:

This is great news because it provides a road map away from more toxic drugs and towards more natural, effective relief.

If you suffer from migraines, taking magnesium, a simple, inexpensive supplement that has also been shown to improve digestive health and sleep quality, may lead to a permanent reduction in migraines.