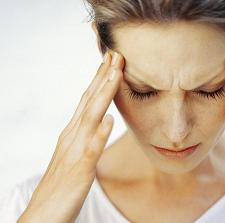 Natural Health News — If you’ve ever developed a cold or some other health niggle the moment you stopped rushing around and took a break, you’ll appreciate the findings of a new study into migraines.

Stress has long been believed to be a common headache trigger. But in this small study, published online in the journal Neurology, researchers from the Montefiore Headache Center and Albert Einstein College of Medicine at Yeshiva University, found that relaxation following heightened stress was an even more significant trigger for migraine attacks.

Over a period of 3 months the used an electronic daily diary to monitor the general levels of well being of 17 participants. Each day participants recorded information about migraine attacks, two types of stress ratings and common migraine triggers, such as hours of sleep, certain foods, drinks and alcohol consumed, and menstrual cycle. They also recorded their mood each day, including feeling happy, sad, relaxed, nervous, lively and bored.

A five-fold increase in migraine attacks

Lipton noted that the onset of migraine was most likely in first  six hours where decline in stress was associated with a nearly five-fold increased risk of migraine onset.

The hormone cortisol, which rises during times of stress and reduces pain, may contribute to the triggering of this kind of “let-down headache” that comes on during periods of relaxation.

“It is important for people to be aware of rising stress levels and attempt to relax during periods of stress rather than allowing a major build up to occur. This could include exercising or attending a yoga class or may be as simple as taking a walk or focusing on one’s breath for a few minutes.”

While stress itself has been associated with a range of health problems from high blood pressure to low-back pain, another phenomenon, known as the “let-down effect,” can also trigger illness

Many of us have noticed that he immediate aftermath of stressful times – such as a heavy deadline at work or a major family crisis – when you finally have time to pause and unwind, is the time when illness unexpectedly strikes.

It is at that moment when your ability to fight off illnesses may be at its weakest.

This effect – which has a biological origin – has been, according to author Marc Schoen,PhD, in his book When Relaxation is Hazardous to Your Health associated with conditions such as upper respiratory infections, the flu, migraine headaches, dermatitis, arthritis pain, and depression.

Schoen recommends these helpful techniques that keep your immune system ticking along and  immune system a little, preventing it from slowing down too much after a period of stress include