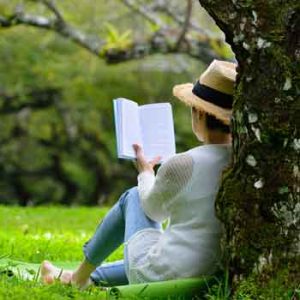 The more green vegetation near your home, the better it is for your health and longevity. [Photo: Bigstock]

Want to live longer? Surround yourself with green

Natural Health News — Women live longer in areas with more green vegetation, according to US scientists.

The researchers found the biggest differences in death rates from kidney disease, respiratory disease, and cancer. The researchers also explored how an environment with trees, shrubs, and plants might lower mortality rates. They showed that improved mental health and social engagement are the strongest factors, while increased physical activity and reduced air pollution also contributed.

» Women who live in close proximity to green vegetation tend to live longer, according to a new study.

» Not only did they live longer, but living near ‘greenness’ lowered the risk of death from several causes including kidney and respiratory diseases and cancer and improved mental and social wellbeing.

» The researchers found the green benefits persisted even when they took into account other influential factors such as the women’s socioeconomic status, age and smoking rates.

The health benefits of nature

“It is important to know that trees and plants provide health benefits in our communities, as well as beauty,” said Linda Birnbaum, PhD, director at the National Institute of Environmental Health Sciences (NIEHS), which funded the study.

“The finding of reduced mortality suggests that vegetation may be important to health in a broad range of ways.”

The study, published in Environmental Health Perspectives, and conducted by scientists at Harvard TH Chan School of Public Health and Brigham and Women’s Hospital in Boston, examined greenness around the homes of 108,630 women in the long-term Nurses’ Health Study.

The researchers mapped home locations and used high resolution satellite imagery to determine the level of vegetation within 250 meters and 1,250 meters of homes. They then followed the women from 2000 to 2008, tracking changes in vegetation and participant deaths.

The scientists consistently found lower mortality rates in women as levels of trees and plants increased around their homes. This trend was seen for separate causes of death, as well as when all causes were combined.

“The ability to examine vegetation in relatively fine detail around so many homes, while also considering the characteristics of the individual participants, is a major strength of this study,” said Bonnie Joubert, PhD, NIEHS scientific program director overseeing the study. “This builds on prior studies showing the health benefits of greenness that used community-level or regional data.”

While it is reasonable to speculate that women living near ‘greenness’ might be in a higher socioeconomic bracket – something which can also contribute to longer life, the scientists say they also looked at characteristics that can otherwise contribute to mortality risk, such as age, race, ethnicity, smoking, and socioeconomic status. This enabled them to be more confident it was the proximity to vegetation plays a role in reduced mortality, rather than these other factors.

The more green vegetation near your home, the better it is for your health and longevity. [Photo: Bigstock]