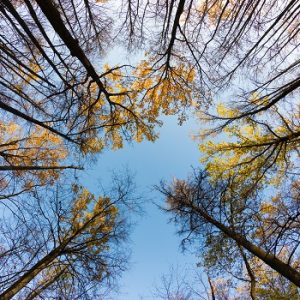 Getting out into nature exposes you to 'friendly bacteria' and other microbes that can help protect your health. [Photo: Bigstock]

How a bit of ‘forest bathing’ could improve your health

We might just call it a walk in the woods.

But to the Japanese it is known as shirin-yoku, or ‘forest bathing’.

In Japan a gentle walk in a forest has become a recognised form of relaxation and/or stress management activity in Japan and is regarded as having similar health benefits to natural aromatherapy.

The trip is designed for relaxation and recreation while breathing in volatile substances, called phytoncides (essential oils released by trees) which are antimicrobial volatile organic compounds derived from trees, such as a-pinene and limonene.

It’s not as crazy as it might sound to some and as recent studies have shown its not just the aromatherapy element of the forest landscape that is beneficial.

A recent journal our connection with the natural world back into focus.

It argues that people living in urban centres who have less access to green spaces may be more apt to suffer from asthma, allergies and other chronic inflammatory disorders, conditions caused by immune system dysfunction. The problem may even be greater among people of lower socioeconomic status and be due in part to their reduced exposure to the microbes that thrive in rural environments.

“Chronic inflammation can lead to all kinds of problems from irritable bowel syndrome to asthma to allergies and even depression,” says Christopher Lowry, an associate professor in the University of Colorado Boulder’s Department of Integrative Physiology and a co-author of the paper.

“The rise of chronic inflammation and these associated disorders, especially among people living in the cities of developed countries, is troubling.”

Lowry’s co-authors are Graham Rook of UCL (University College London) and Charles Raison of the University of Arizona. Rook, in particular, has been at the centre of what is known as the ‘hygiene hypothesis’ debate for many years.

The hygiene hypothesis suggests that exposure to everyday diseases like colds and childhood illnesses in early childhood, is necessary to help train the immune system so that it doesn’t overreact to these things.  Our germophobic society, it proposes, is at the root of the rise asthma and hay fever.

It’s an intriguing notion, but one that doesn’t always hold up when applied to low-income urbanites, who suffer disproportionately from both infections caused by germs and disorders linked to chronic inflammation.

In 2003 Rook proposed an alternative, the “Old Friends Hypothesis”, which offered a more refined view and argued that  that the vital microbial exposures we need aren’t necessarily not colds, influenza, and other common childhood infections which have evolved relatively recently over the last 10,000 years.

Instead they are the microbes that were present during mammalian and human evolution; ‘old friends’ that we have become so dependent on that our immune systems neither develop properly nor function properly without them.

The authors agree that microbes and some types of infections are important because they can keep the immune system from triggering inflammation when it’s not necessary, as happens with asthma attacks and allergic reactions.

But, they say, the infections that were historically important to immune system development have largely been eliminated in developed countries. The modern diseases we pick up from school, work and other crowded areas today do not actually lead to lower instances of inflammatory disorders.

During our evolutionary history, the human immune system was exposed to microbes and infections in three important ways: commensal microbes were passed to infants from their mothers and other family members; people came into contact with nonpathogenic microbes in the environment; and people lived with chronic infections, such as helminths, which are parasitic worms found in the gut and blood.

In order for those “old infections” to be tolerated in the body for long periods of time, they evolved a mechanism to keep the human immune system from triggering inflammation. Similarly, environmental bacteria, which were abundant and harmless, were tolerated by the immune system.

In contrast, relatively modern “crowd infections,” such as measles or chicken pox, cause an inflammatory response. The result is that either the sick person dies or the infection is wiped out by the inflammation and the person becomes immune from having the same infection again in the future.

Clean – or dirty? It depends

In contrast, because the “old infections” are largely absent from the developed world, exposure to environmental microbes – such as those found in rural environments, like farms and green spaces – has likely become even more important.

This would explain why urban residents – especially those who cannot easily afford to leave the city for rural holidays – are more likely to suffer from inflammatory disorders. The problem is made worse because people who live in densely populated areas also are more likely to contract crowd infections, which cause more inflammation.

In other words, city dwellers, might benefit both from being “cleaner” and “dirtier,” depending on the context.

“The idea that we’re too clean – that gives the wrong impression,” said Lowry. “You want people to wash their hands because hygiene is important to avoid infections that are harmful.”

But more opportunities to “play in the dirt,” like visiting green spaces could allow their immune systems to come into contact with more beneficial microbes.

“You don’t want the crowd infections,” said Lowry. “But you do want to find ways to increase your exposure to ‘old friends.'”

Getting out into nature exposes you to 'friendly bacteria' and other microbes that can help protect your health. [Photo: Bigstock]