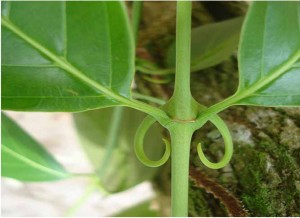 Natural Health News — A South American herb, Cat’s Claw, can reverse the adverse effects of chemotherapy for breast cancer patients, according to a new study.

The small Brazilian study, published in the journal Evidence-based Complementary and Alternative Medicine, involved 40 women who had undergone a complete breast resection. All the women had Invasive Ductal Carcinoma—Stages II A or II B, according to the American Joint Committee on Cancer (AJCC) and the American Cancer Society (ACS) staging systems .

The women were randomly divided into two groups. In the first group women were treated with six cycles chemotherapy plus three 100 mg tablets of Cat’s Claw (Uncaria tomentosa) extract daily, from day 2 to day 21. This dose, say the researchers, is similar to that used in previous studies.

The second group only received six cycles of chemotherapy and there was also a control group of healthy women who did not receive any medication in the last 30 days or have chronic disease.

Named after it’s hook-like thorns, Cat’s Claw is a vine native to South America, the bark of which has been used in traditional medicine to boost immunity and treat disease.

Results showed that women in the herbal treatment group experienced less neutropenia – abnormally low levels of a type of white blood cell that helps the body fight infection a problem commonly caused by chemotherapy. There was also evidence that the Cat’s Claw was also able to repair cellular DNA damage.

Other studies have also shown benefit for cancer patients using Cat’s Claw. For example, patients who use the herb along with conventional cancer therapies, such as chemotherapy and radiation, reported fewer adverse effects to those therapies .

In animal studies it has been shown to restore cellular DNA, preventing mutations and cell damages caused by chemotherapy drugs. In vitro studies show that the alkaloids from Cat’s Claw have antioxidant and anti-inflammatory, immune enhancing, and anti-viral properties. In the laboratory it has been also proven to be effective at stopping cancer cell growth and to cause cancer cell death .

On the basis of their findings, the authors of this study concluded that Uncaria tomentosa  is an effective additional treatment for breast cancer.