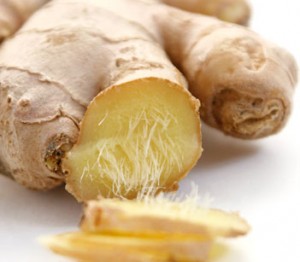 Natural Health News — Gourmands and foodies everywhere have long recognised ginger as a great way to add a little peppery zing to both sweet and savoury dishes; now research shows that components of the spicy, aromatic root also may have properties that help asthma patients breathe more easily.

Asthma is characterised by bronchoconstriction, a tightening of the bronchial tubes that carry air into and out of the lungs.

Bronchodilating medications called beta-agonists (β-agonists) are among the most common types of asthma medications and work by relaxing the airway smooth muscle (ASM) tissues. This study by Columbia University researchers looked at whether specific components of ginger could help enhance the relaxing effects of bronchodilators.

“Asthma has become more prevalent in recent years, but despite an improved understanding of what causes asthma and how it develops, during the past 40 years few new treatment agents have been approved for targeting asthma symptoms,” said lead author Elizabeth Townsend, PhD, post-doctoral research fellow in the Columbia University Department of Anesthesiology. “In our study, we demonstrated that purified components of ginger can work synergistically with β-agonists to relax ASM.”

To conduct their study, the researchers took human ASM tissue samples and caused the samples to contract by exposing them to acetylcholine, a neurotransmitting compound that causes bronchoconstriction.

Next, the researchers mixed the β-agonist isoproterenol with three separate components of ginger: 6-gingerol, 8-gingerol or 6-shogaol. Contracted tissue samples were exposed to each of these three mixtures as well as unadulterated isoproterenol and the relaxation responses were recorded and compared.

What they found was that tissues treated with the combination of purified ginger components and isoproterenol exhibited significantly greater relaxation than those treated only with isoproterenol; of the three ginger components, 6-shogaol appeared most effective in increasing the relaxing effects of the β-agonist.

So how does it work?

Further exploitation showed that all three ginger components affected an enzyme found in the lungs called phosphodiesterase4D (PDE4D) which has an inflammatory action and prevents the lungs from relaxing.

In addition 6-shogaol was found to rapidly dissolve what are known as F-actin filaments, a protein structure which plays a role in the constriction of airway smooth muscles.

“Taken together, these data show that ginger constituents 6-gingerol, 8-gingerol and 6-shogaol act synergistically with the β-agonist in relaxing ASM, indicating that these compounds may provide additional relief of asthma symptoms when used in combination with β-agonists,” Dr. Townsend noted.

“By understanding the mechanisms by which these ginger compounds affect the airway, we can explore the use of these therapeutics in alleviating asthma symptoms”, she added.

The researchers suggest that heir results could point the way to an inhaler type delivery system for purified constituents of ginger may have therapeutic benefit in asthma and other bronchoconstrictive diseases.

The results of the laboratory study were presented at the American Thoracic Society 2013 International Conference.