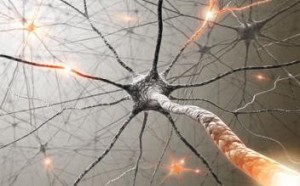 Natural Health News — New guidelines, taking an evidence-based look at complementary and alternative medicines (CAM) for multiple sclerosis (MS) have just been released in the US.

The new guidelines, issued by the American Academy of Neurology (AAN), are based on a review of the evidence for several CAM therapies.

Multiple sclerosis is a progressive neurological disease characterised by disrupted communication between the brain and the body, resulting in symptoms ranging from blurred vision to muscle weakness and pain.

Most people experience first MS symptoms between the ages of 20 and 40. There is currently no cure, and the conventional therapies available often have serious side effects. Thus there is deep unmet need for additional therapies that help patients deal with distressing symptoms on a day to day basis as well as to treat progressive forms of disease for which there are few treatment options.

The review pointed to four therapies which could fit the bill: oral cannabis extracts, tetrahydrocannabinol (THC), and a cannabinoid mouth spray, it said, could be useful in relieving spasticity and pain; magnetic therapy and Gingko biloba may alleviate fatigue; and reflexology could ease paresthesia.

The panel comprehensively reviewed studies investigating a long list of CAM therapies used in MS — everything from cannabinoids, bee venom therapy, and low-fat diet with omega-3 supplements to Ginkgo biloba, magnetic therapy, and reflexology. It’s research findings were published in the journal Neurology.

It also found that THC could probably be effective for reducing patient-reported symptoms of spasticity and non-neuropathic pain (level B). The benefit for both may continue for 1 year.

There is not enough evidence, say the researchers, that smoking cannabis would produce the same benefits.

CAM use is high

The number of patients with MS using 1 or more CAM therapies is “huge, easily up to 80%,” said lead researchers Dr. Vijayshree Yadav of Oregon Health & Science University in Portland, though this study did not find they were all effective.

Among the other CAM therapies that were, Ginkgo biloba was found to be possibly effective over 4 weeks in reducing fatigue in patients with RR, SP, and PP forms of MS. However, it did not appear effective for improving cognitive function. The researchers noted that quality of gingko products may be a factor in the effectiveness of this therapy.

The reviewers evaluated 4 studies of reflexology, which involves applying manual pressure to specific points on the feet. They concluded that reflexology was likely to be effective for reducing MS-associated paresthesias over 11 weeks but that data are inadequate to assess its use for pain, quality of life, disability, spasticity, fatigue, cognition, bowel or bladder function, depression, anxiety, or insomnia in MS.

Magnetic therapy could be effective for fatigue but not for depression, the panel concluded.

Given the controversial nature of the findings – particularly with respect to cannabis – the researchers presented their findings in a highly qualified way. They noted that the cannabis oral extract and spray reviewed aren’t currently available in the US, and that overall evidence for CAM is somewhat sparse.

Currently only THC – dronabinol (Marinol, AbbVie) – is approved only for chemotherapy-related nausea and vomiting in patients with cancer, and for boosting appetite in HIV-infected patients.

Yadaz also claims of the pain relief experienced by patients that was “only subjective changes as reported by patients” though it’s worth asking why patients’ perception of their own levels of pain and relief is being dismissed so lightly.

The Cari Loder regimen (the lofepramine tricyclic antidepressant plus phenylalanine and vitamin B12), bee venom, and low-fat diet with omega-3 supplements, were not found to be effective.

As for the other CAM therapies the panel investigated, there was no evidence that they were effective, either, said Dr. Yadav. But he stressed that at the present time many therapies are poorly researchers, or not researched at all, which does not mean they’re not effective; it’s just that evidence is not there about their efficacy.