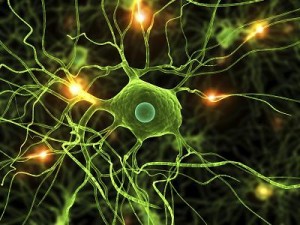 Melatonin is a hormone produced in the brain by the pineal gland. It’s is involved in the regulation of multiple body functions, especially our circadian rhythms, or sleep-wake cycles. As such levels of melatonin in the blood are highest prior to bedtime and are greatly reduced during the daytime. Very small amounts of melatonin are found in foods such as meats, grains, fruits (especially sour cherries), and vegetables. You can also take it as a supplement; normal dosages range from 5-20mg.

Previous research has shown that melatonin may have protective effects on the brain. In this small study, Polish researchers set out to identify the potential role of melatonin in reducing oxidative stress for people with SPMS.

The researchers recruited 16 people with SPMS who were given 10 mg of melatonin daily for 30 days. A second group of 13 healthy, age-matched people were used as a control group.

The scientists looked for cellular damage caused by malondialdehyde (MDA), a substance that the body produces in response to oxidative stress. They also studied the activities of enzymes known to have antioxidant effects.

The results showed that in the red blood cells of SPMS subjects, melatonin supplementation resulted in a significant increase in antioxidant enzymes. Supplementing with melatonin led to a significant decrease in MDA levels, which suggests lower oxidative stress.

Multiple sclerosis is a chronic autoimmune disease that affects nerve fibres in the brain and spinal cord. SPMS is a common later phase of the disease in which symptoms worsen over time. This is thought to be due to the disappearance of nerve fibres that were injured earlier due to MS.

The researchers concluded that melatonin supplementation may be helpful in reducing oxidative stress and therefore may have a role to play in protecting brain and nerve fibres in people with progressive MS.