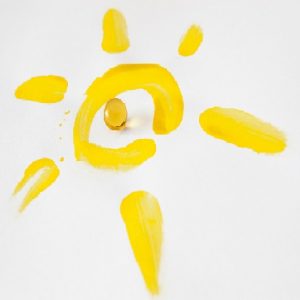 Getting enough vitamin D can lower your risk of developing MS. [Photo: Bigstock]

Natural Health News — Women with low levels of vitamin D in their blood are more likely to develop multiple sclerosis (MS) later in life. But correcting any deficiencies may lower the risk.

That’s the finding of a large-scale study on women in Finland which appears in the journal Neurology.

Several studies have suggested a link between levels of vitamin D, or 25-hydroxyvitamin D (25[OH]D), and MS later in life. However, most of these studies were conducted in small groups which made drawing definite conclusions about vitamin D’s impact on MS difficult.

To learn more, researchers at Boston’s Harvard T.H. Chan School of Public Health — working with Finland’s University of Turku — analysed vitamin D levels in more than 800,000 blood samples from pregnant women, as part of prenatal evaluations, and correlated them with the incidence of MS in this population.

They identified 1,092 cases of MS diagnosed between 1983 and 2009 in women from whom they had at least one blood sample collected prior to the MS diagnosis. Their vitamin D levels were then compared to 2,123 samples collected from women who did not develop the disease.

A significant reduction in risk

» Studying blood samples from 800,000 women Finnish and US research hers found that adequate vitamin D could reduce the risk of developing MS by 39%

» Deficient levels of vitamin, on the other hand raised the risk by 43%.

For the purposes of the study the researchers defined adequate vitamin D levels to be equal or higher than 50 nmol/L, while levels between 30 to 50 nmol/L were considered as insufficient vitamin D, and levels lower than 30 nmol/L indicated vitamin deficiency.

The analysis showed that 58% of the women who developed MS had vitamin D deficiency, compared to 52% in the control group.

The team found that higher levels of vitamin D (50 nmol/L or higher) reduced the risk of MS in women by 39%. In contrast, those who were deficient in vitamin D were 43% more likely to get MS.

“There have only been a few small studies suggesting that levels of vitamin D in the blood can predict risk,” Harvard’s Kassandra Munger, lead author of the report, said

“Our study, involving a large number of women, suggests that correcting vitamin D deficiency in young and middle-age women may reduce their future risk of MS.”

These results may, however, not apply to all populations, since the study group only included women, and primarily of white origin. It urged more studies to evaluate vitamin D association with MS in men and for other racial groups. Also, longer follow-up evaluations could provide additional information on time to disease onset and vitamin D association.

“More research is needed on the optimal dose of vitamin D for reducing risk of MS. But striving to achieve vitamin D sufficiency over the course of a person’s life will likely have multiple health benefits,” she adds.

Getting enough vitamin D can lower your risk of developing MS. [Photo: Bigstock]