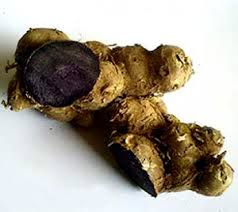 Thai black ginger is rich in substances that fight inflammation

Natural Health News — A ginger extract may be able to stop psoriasis flares before they even start.

A recent study, funded in part by the National Psoriasis Foundation and the National Institutes of Health, discovered that a natural molecule known as methoxyluteolin can block a type of immune cell called mast cells from launching an inflammatory response.

Mast cells are the “universal alarm cell” that starts the inflammatory cascade leading to psoriasis, according to Dr. Theoharis Theoharides, a researcher at Tufts University a co-author of the upcoming Journal of Allergy and Clinical Immunology study.

They can be triggered by infection, allergens, environmental factors like pollution, or even emotional stress. Once that happens, Theoharides explained, mast cells set into motion a series of inflammatory reactions, including the activation of immune cells and the release of tumor necrosis factor-alpha (TNF-alpha), a pro-inflammatory protein, or cytokine, involved in psoriatic disease.

Not only are mast cells the source for most TNF-alpha in the body, Theoharides said, it also is the only kind of cell that stores ready-made TNF-alpha that can be released in seconds.

He and his colleagues first identified another natural molecule called luteolin, found in chamomile and artichokes,  that could block mast cells. But then they discovered that methoxyluteolin, a different version of luteolin found in Thai black ginger, was an even more potent mast cell blocker.

Through a series of experiments, they found that both luteolin and methoxyluteolin inhibited the ability of mast cells to start inflammation, and could even block inflammation when given before a trigger sets mast cells into action, as reported in the study.

But in addition to being more powerful, methoxyluteolin had two other advantages, Theoharides said. It could be easily absorbed by the skin, and it had no color—two attributes that are important for a topical treatment.

Although methoxyluteolin and luteolin can both be found in food sources, it is impossible to eat enough to get a therapeutic effect, Theoharides explained. So he developed a topical containing purified methoxyluteolin extract.

A small group of people with psoriasis and other skin disorders have already tried the lotion, trademarked as Gentle Derm, which also contains aloe vera, olive fruit extract, honey and oregano oil. So far, Theoharides said, it seems like the lotion might be a recipe for success.

Gentle Derm has yet to undergo a clinical trial. But, many of the people who tried the lotion saw improvement in their psoriasis or other skin issues after one to two weeks of daily use, according to Theoharides. He hopes to get enough funding to launch a clinical trial soon.

Black Ginger (Kaempferia parviflora) is an herbaceous plant belonging to the Zingiberaceae family. It commonly grows in the tropical Asia. In Thailand it’s known as Krachai Dam; in Japan it is commonly referred as “black turmeric” or “black ginger”.

Traditionally, it is used as an energy enhancer and general tonic. In South East Asia region, especially in Thailand, people drink tea boiled from sliced black ginger as well as alcohol soaked with black ginger. Alternatively, black ginger is commonly used a folk medicine for energy enhancement, and relief of gastrointestinal complaints.

Laboratory and animal studies have shown it to have properties that make it a useful treatment for treatment of allergy and allergic-related diseases, and for benign prostatic hyperplasia, as well as being a metabolic stimulant and anti-diabetic. A small human trial showed potential to improve peripheral blood circulation, strengthen blood vessels and relieve symptoms of oedema.

Thai black ginger is rich in substances that fight inflammation