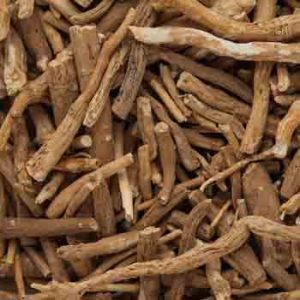 Natural Health News — Supplements of ashwagandha root extract may help people with chronic stress manage their body weight, according to a new study from India.

Previous research has indicated that ashwagandha (Withania somnifera) has can help relieve stress. This new work suggests those benefits may also extend to reducing excessive food consumption associated with stress.

This is the first study to show that ashwagandha can reduce food cravings and emotional eating.

» Ashwagandha is a traditional herb with many claimed benefits. The most well-proven of these is stress relief.

» In this study Indian researchers set out to see if the benefits of a standardised supplement of ashwagandha could extend to stress-related, or emotional eating.

» Results showed that those who took 600mg of the herb each day for 8 weeks experienced fewer cravings and a 3% reduction in body weight – twice that of those taking a placebo.

For eight weeks, 52 moderately overweight men and women aged 18–60 were randomised to consume 300 mg of KSM-66 or a placebo twice daily. Participants reported suffering from chronic stress but were otherwise healthy.

Chronic stress is a major global health concern, and is associated with a number of conditions, including depression, heart disease, and hypertension, and it has also been linked to weight gain and obesity.

In America alone it is responsible for about 225 million lost working every year, according to the American Institute of Stress, resulting in about $80 billion in lost productivity.

Ashwagandha is a traditional herb used in both Chinese and Indian medicine that is increasing in popularity due to its reported wide-ranging health benefits, which include supporting stress, cognitive function, sleep, metabolic wellness, adrenal function, sports performance and more.

According to the researchers: “The potential of ashwagandha as a natural anti-stress and anti-anxiety therapeutic has been strongly supported by previous researchers The results of the present study have taken this analysis a step further and demonstrated that ashwagandha may provide a potential additional benefit of supporting the maintenance of normal weight (or even weight loss) in people living with chronic stress,” wrote the researchers.

They add that the herb demonstrated a good safety profile with few adverse events reported.