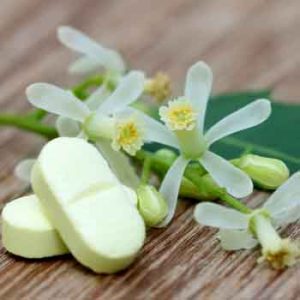 Natural Health News — A bioactive compound derived from the neem plant, has been shown to significantly reduce reduce the size of prostate tumours and as well as reduce the risk of it spreading.

Prostate cancer is one of the most commonly diagnosed cancers worldwide. However, currently available therapies for metastatic prostate cancer are only marginally effective. Hence, there is a need for more novel treatment alternatives and options.

Using an animal model the study investigated the potential of an oral dose of nimbolide – a known bioactive compound derived from neem over a 12 week period.

» The compound nimbolide, derived from the neem plant, has been shown in several studies to have anti-cancer benefits.

» Until now it has never been investigated in relation to prostate cancer.

» Using an animal model, researchers showed that oral administration of nimbolide over 12 weeks reduced incidence of tumours by 70% and spread of tumours by 50%.

Over the course of the 12 week study, the size of prostate cancer tumour was reduced by as much as 70% and its metastasis decreased by about 50%, without exhibiting any significant adverse effects.

Its benefits seem to be due to a series of complex actions in the body.

“A direct target of nimbolide in prostate cancer is glutathione reductase, an enzyme which is responsible for maintaining the antioxidant system that regulates the STAT3 gene in the body.” explained lead author Associate Professor Gautam Sethi from the NUS Department of Pharmacology at the Yong Loo Lin School of Medicine.

The findings of the study were published in the scientific journal Antioxidants & Redox Signaling.

The team is now looking to embark on a larger scale study of nimbolide’s potential.

The neem plant (Azadirachta indica) belongs to the mahogany tree family that is originally native to India and the Indian sub-continent. It has been part of traditional Asian medicine for centuries and is typically used in Indian Ayurvedic medicine. Today, neem leaves and bark have been incorporated into many personal care products such as soaps, toothpaste, skincare and even dietary supplements.

Nimbolide, a triterpene derived from the leaves and flowers of neem plant. Triterpenes have diverse functions in the body including antioxidant, anti-diabetic, anti-inflammatory, anti-atherosclerotic and antiviral. Although nimbolide has also been shown to have diverse anti-cancer effects in other studies, this is the first time that its potential in halting the initiation and spread of prostate cancer have been demonstrated.