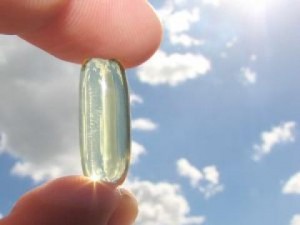 Natural Health News — Men at high risk of prostate cancer are more likely to be diagnosed with an aggressive form of the disease if they are deficient in vitamin D, according to a new study.

To reach their findings, researchers at from Northwestern Medicine and the University of Illinois at Chicago (UIC) enrolled 275 European-American men and 273 African-American men to the study between 2009 and 2013.

The men were aged between 40 and 79 years and were undergoing an initial prostate biopsy after abnormal prostate-specific antigen (PSA) or digital rectal examination (DRE) test results. A prostate cancer diagnosis from their biopsy was given to 168 men from each group.

In order to determine the levels of vitamin D in the men, the researchers measured levels of 25-hydroxyvitamin D (25-OH D) in their blood. The normal range of 25-OH D is 30 to 80 nanograms per millilitre (ng/ml).

The researchers then divided the men into groups dependent on their 25-OH D levels. They were:

The team found that the average 25-OH D levels of African-American men were much lower than that of European-American men, at 16.7 ng/ml and 19.3 ng/ml, respectively.

What’s more, according to the study in Clinical Cancer Research, the lower a man’s vitamin D levels, the higher their risk of prostate cancer.

“These men, with severe vitamin D deficiency, had greater odds of advanced grade and advanced stage of tumours within or outside the prostate,” said Adam B. Murphy, M.D., lead author of the study.

Unless it is severe, vitamin D deficiency is fairly asymptomatic, so more effort needs to be put on screening, Murphy said.

“It is a good idea to get your levels checked on a yearly basis,” Murphy said. “If you are deficient, you and your doctor can make a plan on how to reverse it through diet, supplements or other therapies.”