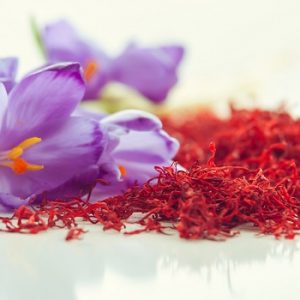 Saffron gives a lift to mums with the baby blues

In a small study published in the journal Phytomedicine, researchers at the Mashhad University of Medical Sciences in Iran, found that the 30 new mothers supplemented with 15 mg of saffron daily showed greater improvement in their symptoms compared to the same number of new mothers who took a placebo.

The intervention period lasted eight weeks, during which study participants were not allowed to receive any other behaviour therapy.

Symptom severity was judged, based on responses to what is known as the Beck Depression Inventory questionnaire, the most widely used psychometric test measuring severity of depression.

The researchers noted that in Iran, as elsewhere some degree post-partum depression is normal.

“Numerous adverse effects of antidepressants as well as the attitudes of breastfeeding mothers, who prefer to consume herbal medicine rather than chemical drugs, encouraged us to assess the effects of saffron (Crocus sativus L) on mothers suffering from mild-to-moderate postpartum depressive disorder,”​ they write.

» Post-partum depression is a common experience for new mothers worldwide.

» In a small study from Iran, researchers looked at the anti-depressive effects of saffron in new mothers.

» A small dose of 15 mg daily was found to be more effective than placebo – a finding that supports previous studies into the antidepressant effect of saffron.

Most saffron supplements available are aimed at assisting weight loss and satiety. Recently there has been research to suggest that antioxidants in saffron could help protect ageing eyes. But there is also emerging science to suggest mental health benefits.

A meta-analysis by researchers at the University of Florida, Gainesville included five studies in which saffron was compared to placebo (two studies) or to conventional anti-depressant treatment (three studies). ​

Results suggested that saffron (the dosage was 30 mg per day of powdered saffron) is significantly better than placebo in improving symptoms of depression and more or less equivalent to standard pharmaceutical antidepressants (i.e., imipramine or fluoxetine).”

This latest study adds on to the existing evidence for the benefits of saffron for people suffering from mild to moderate depression.”

One of the most expensive spices

Saffron is derived from derived from the stigma of the flower Crocus sativus, commonly known as the saffron crocus. It is one of the world’s most expensive spices because the stigmas of each flower need to be collected by hand and there are only a few per flower. A pound of saffron can cost $1,500 (£1,100). By comparison, a pound of organic turmeric root powder can sell for around £8).

This might seem to put the remedy outside the reach of many mothers. But commenting on the various studies of saffron benefits Stefan Gafner, chief scientific officer of the American Botanical Council noted that, “Not all studies were carried out with saffron stigma (which is the rather expensive saffron plant part used as a spice), but quite a few were done with the saffron petals, which are much less costly”.​

He adds that even if the stigma are used, the dosage of 30 mg per day (twice what was used in the current study) is so low that it is possible to manufacture an affordable saffron supplement.

It’s worth noting that there is no evidence yet on the safety or effectiveness of saffron for post-partum depression breastfeeding mothers, nevertheless the early results from these small trials are encouraging.