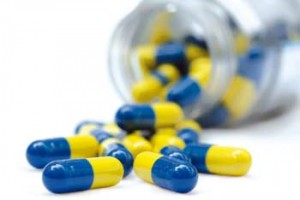 Antibiotics and childhood asthma – is it chicken or egg?

Natural Health News — Children who receive antibiotics before their first birthday might be at an increased risk of developing asthma, according to new research.

But, researchers speculate, there may be a bit of genetic “chicken-and-egg” action at play.

In children, antibiotics are routinely used to treat respiratory infections, ear infections, and bronchitis. While several studies have reported a link between the use of antibiotics during early childhood and the subsequent development of asthma, the overall evidence has produced conflicting results.

In this new study, published in the Lancet Respiratory Medicine researchers examined data from the Manchester Asthma and Allergy Study (MAAS) which has followed over 1000 children from birth to 11 years.

Information on antibiotic prescription, wheeze, and episodes of asthma were taken from the children’s medical records. In addition:

The study’s findings are believed to be the first to show that children with wheezing who were treated with an antibiotic in the first year of life were more than twice as likely as untreated children to experience a worsening of severe wheeze or asthma and be hospitalized for asthma.

Of particular interest was that these children also showed significantly lower levels of cytokines, the body’s key defense against virus infections such as the common cold. However, no differences were noted in antibacterial responses.

What role does genetics play?

Likewise the researchers identified two genes that were associated with an increased risk of early life antibiotic prescription. In other words there may be a genetic predisposition which makes the children more vulnerable to both colds and flu and thus more likely to be given antibiotics.

According to lead author Professor Adnan Custovic from the University of Manchester in the UK: “We speculate that hidden factors which increase the likelihood of both antibiotic prescription in early life and subsequent asthma are an increased susceptibility to viral infections due to impaired antiviral immunity and genetic variants

“However, further studies will be needed to confirm that the impaired immunity was present at the time of the early childhood respiratory symptoms and predated antibiotic prescribing rather than as a consequence of the antibiotics.”