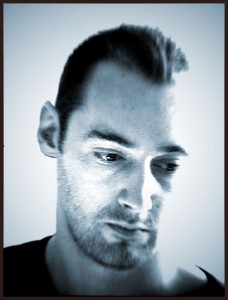 Natural Health News — A new study shows that women play a  key role in influencing how men manage their depression.

The research, published in the journal Social Science & Medicine, details how heterosexual couples’ gender roles can undergo radical shifts and strain when the male partner is depressed and the female partner seeks to help.

The researchers found that “trading places” is the most common strategy. In these relationships, the partners took on atypical masculine and feminine roles to cope with challenges caused by the men’s depression. For instance, men assumed the role of homemaker while the women became the family breadwinner.

In doing this women partners found themselves breaking with feminine ideals in how they provided partner support by employing tough love strategies for self-protection and a means of prompting the men’s self-management of their depression.

The second most common strategy is “business as usual,” where couples sought to downplay or mask any problems caused by the men’s depression. Women in these partnerships held firm to idealized heterosexual gender roles, and continued to be supporter and nurturer to their partners.

Despite their ongoing struggles with depression, the men continued to work hard to maintain their careers in typically masculine arenas, which in the study included engineering, science, law enforcement, forestry and coaching.

The third pattern, “edgy tensions,” describes men and women caught in dysfunctional relationships. Each holding ideas of gender roles that differed from those of their partner, these couples grappled with resentment.

The men in these partnerships resisted medical treatment and instead used alcohol and illicit drugs, at least in part, to self-manage their depression. The women expressed ambivalence about conforming to the feminine ideal of being a “selfless nurturer,” especially for men who were volatile and unpredictable. The men in turn espoused a view of themselves as head of the household.

Depression, a disorder often thought of as a women’s health issue, is underreported in men, and little is known about how heterosexual couples respond when the male partner is depressed. The researchers note that these coping strategies re note necessarily long-term solutions. Limits to women’s resilience and care-giving in each situation were evident, but the findings also reveal important connections between how men manage their depression and the gender dynamics within their relationship.

This was a small study involving 26 couples but suggests that in order to provide effective treatment and interventions, we may need to understand much more about couple dynamics and their influence on how health decisions within families are made