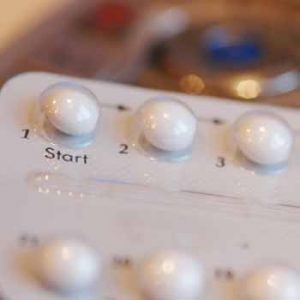 A large new study suggests we have been under-estimating the cancer risk of HRT. [Photo: Bigstock]

Natural Health News — Women taking a combined oestrogen and progesterone form of hormone replacement therapy (HRT) triple their chances of getting breast cancer, according to a new large study.

The link between HRT and increased breast cancer risk is already well established but, say the researchers, this latest data published in the British Journal of Cancer reveals that we may have been underestimating the real risk.

The new research was part of the Breast Cancer Now Generations Study – a major prospective study led by scientists at The Institute of Cancer Research (ICR), London, following more than 100,000 women for 40 years to investigate the causes of breast cancer.

Out of this group some 39,000 menopausal women were identified and monitored for six years, with follow-up questionnaires gathering comprehensive data on any HRT use (type and duration) as well as their general health and lifestyle.

» Previous studies have shown that HRT can raise the risk of breast cancer and stroke in some women. Even so these findings have been disputed.

» A new analysis has shown that in older women who have been taking combined HRT the longest the risk of breast cancer triples.

» The researchers suggest that women should use the new data to make more informed choices about menopause care.

During this time, 775 of these women developed breast cancer, with the researchers finding that women using combined HRT (for a median duration of 5.4 years) were 2.7 times more likely to develop breast cancer during the period of HRT use than women who had never used HRT.

Importantly, this increased risk level has been found to return to about normal once HRT use ends: after a year or two had gone by since women stopped taking combined HRT the scientists did not find a significantly increased risk of breast cancer, confirming the findings of previous studies.

“Our findings provide further information to allow women to make informed decisions about the potential risks and benefits of HRT use.”

In the early 2000s two of the largest ever studies of HRT users were undertaken, one clinical randomised trial in the USA – the Women’s Health Initiative (WHI) – and one observational questionnaire study in the UK – the Million Women Study (MWS). The published results of these two studies during 2002 and 2003 raised serious concerns regarding the safety of HRT. These safety concerns revolved around the findings that that the extended use of HRT may increase the risk of breast cancer and that the use of HRT may increase the risk of stroke.

Reanalysis of both these studies in 2012 (see here, here and here) concluded that the risks had been overstated or were only specific to certain women; essentially older, more overweight women and those taking HRT for longer. Even so questions have remained.

In addition, to potential for increased stroke and breast cancer risk, HRT can also increase the risk of developing other types of cancer. Oestrogen-only HRT, for example, can increase the risk of womb cancer and is normally only used in women who’ve had a hysterectomy – women who were excluded from this study.

What can women do?

HRT is commonly prescribed to treat menopausal symptoms such as hot flushes, migraines, disrupted sleep, mood changes and depression.  Although the popularity of HRT dropped after the publication of the WHI and MWS studies, around one in ten women use HRT during their fifties, with use lessening in older age groups as menopausal symptoms reduce.

There are two main types of HRT, one containing just oestrogen (‘oestrogen-only HRT’) and the other a combination of oestrogen and a progestogen (‘combined HRT’) and it can be taken in different ways: through tablets, skin patches, a cream or a gel. A third less commonly used type of HRT known as ‘tibolone’ contains a steroid that acts like oestrogen and progestogen.

Too often the ‘informed choice’ presented to women is HRT or suffering. In factwomen’s experiecne of menopause varies tremendously and there is no universal treatment for its symptoms, which may involve a complex mixture of biological and psychological factors.

HRT is certainly not a panacea and other less risky ways of managing menopausal symptoms do exist. What is more, research suggests that women actively seek out and prefer non-medical treatment for their menopausal symptoms and want more support from their GPs – and their partners.

If you are interested in alternatives see our articles Support during the menopause and Your detox diet for menopause as well as the recommended further reading in the panel above left.

A large new study suggests we have been under-estimating the cancer risk of HRT. [Photo: Bigstock]