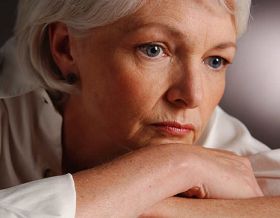 Support during the menopause

According to the rather dry, medical definition, menopause is simply the cessation of menstruation.  But women experience it in much more richly, and sometimes in enormously detailed and complex ways.

Although we talk about the ‘symptoms’ of menopause – and there are dozens of them – the fact is that menopause is not a disease state but a natural condition. Like all life transitions menopause involves a complex interplay between body and mind, soul and culture that our limited language has never really described well.

Thinking just in terms of physical symptoms can lead to a situation where we medicalise something that doesn’t need to be medicalised.

Menopausal ‘symptoms’ do not arise in isolation. They can be worsened or ameliorated by certain aspects of a woman’s lifestyle for instance, whether she smokes, what she eats and whether she is physically active and her emotional health, whether she is depressed, anxious or fearful of change.

Symptoms can also vary both individually and culturally. For instance, in those countries which honour and revere older women, notably those in Asia, women rarely complain of menopausal symptoms.

While the decline of a woman’s production of estrogen can result in some temporary, and a few longer term, symptoms, it is our emotional response to these symptoms as much as anything which determines how well we cope.

Some women, in panic, fear or hopelessness, have found relief with conventional approaches such as HRT, though the evidence is overwhelming that HRT brings its own complications, chief among these are an increase rate of endometrial and breast cancer as well as a possible increase in heart disease.

This term is generally used to describe the 15 year period during which menstruation will cease. Around this fulcrum will be a number of physical and psychological changes.

By calling this period perimenopause (the time before menopause) practitioners have a name to hang these symptoms on.  But there is little evidence that this is helpful to women.

Not surprisingly in one study, women’s overall health status, emotional and physical, objectively and subjectively – and not income and education – were the significant factors in how well women adjusted to the menopause.

Here also the language lets us down again. Menopause is so often defined as the ‘end’ of something and yet a compelling review, The Natural History of Menopause, which details work of Pennsylvania State University scientists, the elasticity of women’s cycles comes to light.

Using hormonal measurements, the scientists suggest that during the climacteric women’s cycles lengthen and lengthen until ‘menopause’ which could be described as more like a really long menstrual cycle. Indeed even after menopause some women will get light spotting and other menstrual symptoms from time to time.

It’s a challenging concept and of course it still doesn’t address the fact that menopause does bring physical changes that can make life uncomfortable.

Self help for menopausal symptoms

For those who are simply not willing to take the risks associated with hormone replacement and other medical drugs, there are many natural remedies which can ease the transition abound.  It goes without saying that a healthy diet is important. But herbal and other approaches can help too. It’s worth remembering too, that treating these symptoms during menopause is not much different from treating them at any other time of life.

Studies show that today’s women prefer non-medical treatment for their symptoms and want more support from their GPs – and their partners in pursuing these. Because menopause has become something of an industry, studies into the effect of natural remedies abound. This should make choosing alternatives more straightforward, but in truth the world of menopause remedies is full of myths and untruths.

Menopause triggers so many physical changes it would take a book just to address them all. Here’s our pick of the best approaches to a handful of the major conditions associated with menopause:

Hot flushes are so individual that it is hard to find consistent evidence on what will help. Practical approaches to hot flushes include dressing in layers so you can put on or peel off as required and carrying hand fan (which with practice can be an elegant solution, here’s a fun video on how). It can also be useful to have a facial spritzer either in your purse or by the bedside. Go for one made with rose or orange flower water or with cooling, calming essential oils.

Vitamin E can help relieve hot flushes for some women, as can pomegranate seed oil. Certain bioflavinoids may also have an estrogenic effect, as well as being supportive of the vascular system. When combined with vitamin C (1200mg daily) have been shown to relieve hot flushes. The herb black cohosh may be useful for some but phytoestrogens derived from soya or red clover, appear to be only moderately effective. In fact, some studies show no benefit at all.

There is evidence that weight loss in conjunction with a low-fat, high fruit and vegetable diet may help to reduce or eliminate hot flashes and night sweats associated with menopause. A recent study has also shown that hypnotherapy can help cut the frequency and severity of menopausal hot flashes by up to 80%.

If hot flushes are worse in tense situation, keep some Rescue Remedy or Emergency Essence on hand to calm things down. A 2013 study found that diet is also key.

The climacteric can bring major changes in sleeping patterns. A combination of stress, anxiety, depression, hot flashes/night sweats is the likely cause. This is an important time to practice good ‘sleep hygiene. So 1) Make your room dark quiet and safe; 2) Keep your room as cool as you can; 3) Skip alcohol and tobacco.

Use a sprizter (as above) or keep a facecloth in a bucket of cool water near to hand at night so you can cool yourself quickly and get back to sleep. Some women find that special pillows the keep the head cool can greatly help them get a better night’s sleep.

A diet deficient in vitamin B12 may also promote insomnia and it may be important to recommend menopausal women increase consumption of B12 foods rich like meat, poultry, fish, eggs, milk and other dairy as well as fermented soya and whole grains.

Practicing yoga has also been shown to improve sleep in menopausal women. It can also be helpful for relieving stress and depression, as well as keeping you limber.

This is a difficult problem to talk about and a difficult one to solve. It has long been believed that foods which are high in phytoestrogens include, flax seeds, fermented soya products like tofu and miso, fennel, celery, rhubarb, parsley, clover sprouts, high lignan flaxseed oil as well as nuts and seeds, may help. There is some evidence to support this, but the science is by no means conclusive.

Eating these foods regularly is a good idea even if you don’t suffer from vaginal dryness, as they increase the diversity of your overall dietary diversity.

One study post-menopausal women who added soya flour (45 g daily), red clover sprouts (10 g daily) and linseed (25 g daily) for a period of two weeks each, demonstrated an increase in the number of superficial cells which line the vagina at the end of the six week period. Since thinning of the vaginal walls is linked to dryness, this increase could help symptoms of vaginal dryness and irritation.

The herb Pueraria mirifica, which contains numerous phytoestrogens, has recently been promoted as an effective treatment for menopausal symptoms. In one double-blind study, the herb showed promise for improving vaginal dryness. In another trial comparing Pueraria to standard estrogen treatment (0.625 mg conjugated equine estrogen), researchers found the herb to be equally effective at relieving a range of menopausal symptoms.

Supplementing with maca may also help boost libido as well as energy and vitality. These days you can also buy certified organic personal lubricants for temporary relief (a better choice than the conventional chemical laden types).

Depression is rarely just a physical phenomenon and can’t easily be correlated with ‘hormones’. If you have been prone to depression before menopause, you may be more prone to it during menopause.

Low mood can be exacerbated by major stresses in the lives of menopausal women, which can so often translate into feelings of depression and unpredictable mood swings, are most often caused by family or factors other than menopause.

For instance, in one study around 25% of menopausal women are caring for an elderly relative, which can certainly be stressful.  So, seek help and support, either from a therapist or someone who can take the reins at home. Trying to do it all can just increase the sense of isolation that some women feel during the menopause. Remember also that sleep problems and depression go hand in hand.

Your diet and general level of nutrition is also important. Getting enough healthy omega-3 fats can help combat depression (whereas trans fats have been associated with a greater tendency towards irritability and depression). Evening primrose oil may also be helpful for some, though not all studies agree.

Lower levels of estrogen in your blood may make less tryptophan available for conversion into serotonin – our natural ‘feel good’ hormone. Thus supplementing with this essential amino acid or eating foods rich in tryptophan (dairy, poultry, fish, seaweed, bananas, dried dates, peanuts and all protein rich foods) may make a contribution to easing symptoms of depression and insomnia.

See also:  How to prevent brittle bones, Soya – how the world’s healthiest food is making us sick  and Your detox diet for menopause