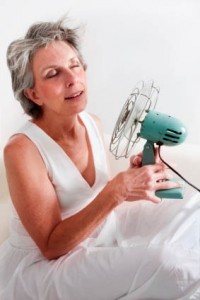 Hypnotherapy is an effective, drug-free way to deal with hot flashes during menopause

Natural Health News — If your hot flashes are getting you down, a course of hypnotherapy may be the answer.

As many as 80% of women experience experience some degree of hot flashes during menopause. This new study, supported by the National Center for Complementary and Alternative Medicine, and published online in the journal Menopause, is the first controlled, randomised study of using hypnosis – a mind/body technique – to manage this difficult to treat symptom.

The first hurdle the researchers had to get over was finding a suitable placebo. Controlled, randomised studies may pit an active drug against an inactive placebo pill. But it’s hard to find a placebo for mind/body techniques.

The researchers at the Mind-Body Medicine Research Laboratory at Baylor University, Waco, Texas the school of Nursing at Indiana University in Indianapolis, Indiana and the College of Education at the University of Texas, Austin, met that challenge by randomly assigning the postmenopausal women in the trial to receive either hypnotherapy or what they termed “structured attention”.

The women who underwent hypnosis had five weekly sessions in which they received suggestions for mental images of coolness, a safe place or relaxation, according to their preference. They also got an audio recording of a hypnotic induction and were asked to practice it daily.

The “structured attention” group had five weekly sessions in which a clinician provided discussion of their symptoms, attentive listening, interpersonal exchange, monitoring, measurement, and encouragement and avoided negative suggestions. These women also got a recording containing information about hot flashes, that they were asked to listen to daily.

After 12 weeks, the women who underwent hypnosis reported 75% fewer hot flashes, compared with 13% fewer among the women given structured attention.

When combining the scores for both frequency and severity of hot flashes, the women receiving hypnosis had an overall reduction of 80% compared with 15% in the control  group.

Skin conductance showed a 57% reduction in hot flashes for the women who underwent hypnosis, compared with 10% in the controls. The hypnosis participants also reported significantly less interference with their lives from hot flashes and better sleep than controls. Moreover, their level of satisfaction with the treatment was high.

Calming the ‘rest and digest’ system

How hypnosis eases hot flashes isn’t clear. The authors of the study speculated that it may be because hypnosis may improve the function of the parasympathetic nervous system.

This system is popularly called the “rest and digest” system, which puts the brakes on the sympathetic or “fight or flight” nervous system that controls body functions that ramp up during hot flashes, such as sweating and heart rate.

Hypnotherapy is an effective, drug-free way to deal with hot flashes during menopause