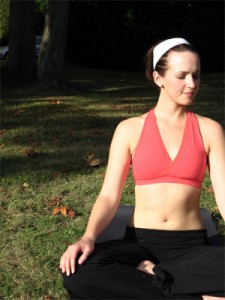 Natural Health News — The experience of ‘mental silence’ is linked with better health outcomes and greater wellbeing according to a University of Sydney study.

“We found that the health and wellbeing profile of people who had meditated for at least two years was significantly higher in the majority of health and wellbeing categories when compared to the Australian population,” said Dr Ramesh Manocha, and colleagues at Sydney Medical School.

“Most markedly there was a robust relationship between the frequency of experiencing mental silence and better mental health. This definition is based on it being the form of meditation practised for centuries.”

The national study is a world-first health quality-of-life survey of long-term meditators. Unusually, it used the same measurement instruments as the one used by the federal government’s National Health and Wellbeing Survey.

The national survey gives a numerical score to each facet of mental and physical health and because it has been applied as a national measure for the past 10 years in studies around the world involving millions of people. It allowed the researchers to accurately compare the health profile of the meditators surveyed with the general Australian population.

More than 350 people from across Australia who have meditated for at least two years were assessed for the national study which has been published in the journal of Evidence-Based Complementary and Alternative Medicine.

“We focused on the definition of meditation as mental silence and surveyed practitioners of Sahaja Yoga meditation who practise a form of meditation aimed at achieving this state rather than relaxation or mindfulness methods that are usually the focus of other forms,” Dr Manocha, a Senior Lecturer in the Discipline of Psychiatry, said.

The area of greatest difference was in mental health, where long-term meditators, with a minimum of two years of regular practice, were more than 10% better off than the general population.

A strategy for prevention

The meditators were primarily non-smokers and non-drinkers, so to adjust for that potential bias the researchers also compared the meditators to those parts of the Australian population who did not drink or smoke, and achieved the same results.

According to Dr Manocha: “Our analysis showed very little relationship at all between how often the person who meditated physically sat down to meditate and mental health scores. However the relationship was clearly apparent in relation to how often they experienced the state of mental silence.

“The health advantage appears to be connected to this aspect more than any other feature of the meditation lifestyle. In other words it is quality over quantity.

“This is one of the first studies to assess the long term health impacts of meditation on health and wellbeing. When we take the evidence of this study, along with the results of our other clinical trials, it makes a strong case for the use of meditation as a primary prevention strategy, especially in mental health,” he added.