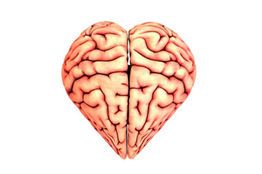 The mind/body connection means that even mild depression can raise the risk of heart disease in vulnerable individuals.

Exploring the link between depression and heart disease

Natural Health News — An interesting new study has added to what we know about the body/mind connection in cardiovascular disease.

Published in the journal Psychotherapy and Psychosomatics, the study appears to substantiate the notion major depression and coronary heart disease have a strong, bidirectional relationship.

In this study the authors looked at the temperamental traits of hypertensive individuals suffering from depressive, cyclothymic (a milder form of bipolar disorder), hyperthymic (an excessively positive disposition, related to bipolar), irritability and anxiety in relation to cardiac complications requiring acute hospitalization (such as acute coronary syndrome, acute myocardial infarction).

Results showed that in hypertensive patients a type A behavioural pattern (characterised by hostility, competitiveness,  restlessness, aggression and a high state of alertness accompanied by muscular tension), as well as cyclothymic disorder can produce  extreme changes in temperament and behaviour that are detrimental to heart health.

In addition, a cyclothymic temperament was significantly related to cardiovascular complications independent of other factors such as depression  age, gender and smoking.

Depression, anger and stress a risk

Although a relatively small study, by drilling down down to specific trait-like characteristics which precede and also determine the type of depression affecting heart health it adds to what is already known about the role of temperament in cardiovascular illness.

For instance previous studies have shown that an angry temperament can raise the risk of cardiac events in otherwise healthy individuals.  Other evidence suggests that  high levels of phobic anxiety are associated with an increased risk of fatal coronary heart disease in women, and in men.

In another recent study, scientists from Loyola University Medical Center found that an inflammatory substance, interleukin-6 – produced in response to stress and distress and associated with cardiovascular disease – was significantly higher in the blood of  patients diagnosed with major depression compared to healthy individuals. This led the team to suggest a new speciality, “psychocardiology“, to describe a new way to diagnose and treat those who suffer form both depression and heart disease.

These latest results suggest that in addition to dealing with the physical body, therapy to deal with the mental/emotional self could well prove effective in those most at risk from heart disease. Indeed a recent sutdy found that practices such as mindfulness-based meditation and yoga can prevent or delay the need for anti-hypertensive medications in cases of borderline high blood pressure.

The mind/body connection means that even mild depression can raise the risk of heart disease in vulnerable individuals.