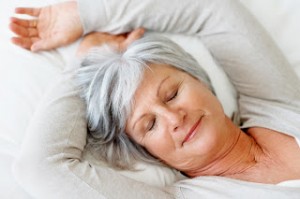 While everybody has the occasional restless night, for those who suffer from chronic insomnia, that sleep loss carries a high price in terms of your risk for cardiovascular disease, hypertension, weight gain, type-2 diabetes, and can even lead to an earlier death.

The reason for the increased risk of health problems is thought to be an association between insomnia and an increase in inflammation throughout the body that becomes chronic.

Though inflammation can be a good thing – part of a robust immune response that heals injury and fights infection – chronic inflammation can damage and kill healthy cells, leading to disease.

What hasn’t been known is whether treating insomnia could reduce inflammation, thereby lowering the risk for chronic disease in older adults. Nor has it been known what the most effective therapy is to treat insomnia.

Now US researchers have answered both these questions. In a new study, the journal Sleep, they demonstrate that reducing insomnia can indeed lead to decreases in inflammation, and second, that a form of psychotherapy called cognitive behavioural therapy proved superior to other forms of treatment.

The results were obtained from a randomized clinical trial of 123 adults older than 55, and showed that treating insomnia led to decreases in a known marker of inflammation called C-reactive protein (CRP).

The protein is found in blood plasma, and its levels rise in response to an acute inflammatory stimulus. The CRP levels were measured at the beginning of the study, again after treatment, and again in a follow-up 16 months later.

“What we found particularly intriguing was that the levels of the CRP inflammatory marker remained low even 16 months after treating the insomnia,” said Michael Irwin, lead author, and a professor of psychiatry and director of the Cousins Center for Psychoneuroimmunology at the University of California at Los Angeles.

They found that, “by far” noted Irwin, cognitive behavioural therapy performed better than tai chi chih and sleep seminar education in reducing insomnia, and also showed greater and more sustained improvements in sleep quality, the ability to maintain continuous sleep throughout the night, and study participants’ reports of fatigue, and depressive symptoms.

“This is the first randomised, controlled trial that has evaluated the comparative efficacy of TCC versus CBT, a standardized behavioural intervention for insomnia,” Irwin said. The research team found that those who got cognitive behavioural treatment showed a reduced rate of diagnostic insomnia that was nearly double either of the other two treatments.

The benefit of treating insomnia to reduce inflammation is comparable to the benefit reported with vigorous physical activity or weight loss, he noted. “To advance public health, these findings prominently emphasise the position of sleep among the three pillars of health – diet, exercise and sleep.

“Finally, if insomnia is untreated and sleep disturbance persists, we found that CRP levels progressively increase,” Irwin said. “Together, these findings indicate that it is even more critical to treat insomnia in this population who are already at elevated risk for ageing-related inflammatory disease.”