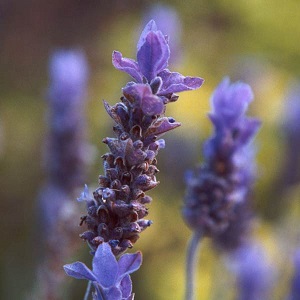 If you want to increase trust between yourself and another, aromatherapy may hold the key.

In a small study researchers from  Leiden University, in the Netherlands found that individuals gave significantly more money to  another person in a test environment when they were exposed to the aroma of lavender.

According to the scientists this is the first such study to investigate whether the calming olfactory fragrance of lavender has a positive effect on mutual trust.

Sellaro and colleagues work appears in the journals Frontiers in Psychology.

A trustor was given 5 Euros and was free to decide how much of that money he would give to a trustee in each round of the game. The trustor would then receive extra money, but only if the trustee gave him enough money in return. The money transferred to the trustee by the trustor served as an indicator of mutual trust.

Test persons gave significantly more money to the other person when they were exposed to the aroma of lavender, compared to persons who had been exposed to the fragrance of peppermint.

The results might have various implications (both positive and negative!) for a broad range of situations in which interpersonal trust is an essential element.

“Smelling the aroma of lavender may help a seller to establish more easily a trusting negotiation to sell a car, or in a grocery store it may induce consumers to spend more money buying products” says Sellaro “The smell of lavender may also be helpful in sport psychology to enhance trust and build team spirit, for example in the case of team games such as soccer and volleyball.”