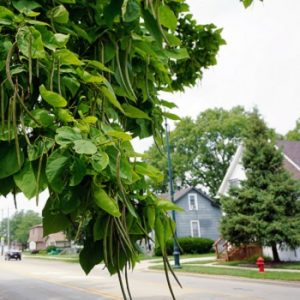 Living in a neighbourhood dense with trees, bushes and other green vegetation may be good for the health of your heart and blood vessels. [Photo: Bigstock]

In this study, published in the Journal of the American Heart Association, researchers from the University of Louisville investigated the impact of neighbourhood green spaces on individual-level markers of stress and cardiovascular disease risk.

Over five-years, blood and urine samples were collected from 408 people of varying ages, ethnicities and socioeconomic levels, all of whom were at elevated risk for developing cardiovascular diseases.

The density of the greenspaces near the participants’ residences was measured, using the Normalized Difference Vegetation Index (NDVI), a tool that indicates levels of vegetation density created from satellite imagery collected by NASA and USGS. Air pollution levels were also assessed using particulate matter from the EPA and roadway exposure measurements.

Results showed that living in areas with more green vegetation was associated with:

They also found that associations with epinephrine were stronger among women, study participants not taking beta-blockers (which reduce the heart’s workload and lower blood pressure) and people who had not previously had a heart attack.

What is more, the connection between residential greenery and a lower levels of certain markers of heart problems held up even after researchers accounted for other factors that can independently influence the risk of heart disease like age, sex, ethnicity, smoking status, patients’ use of statins to control cholesterol, neighborhood poverty and proximity to pollution from traffic fumes.

“Our study shows that living in a neighbourhood dense with trees, bushes and other green vegetation may be good for the health of your heart and blood vessels,” said Aruni Bhatnagar, PhD, lead study author and professor of medicine and director of the University of Louisville Diabetes and Obesity Center.

“Indeed, increasing the amount of vegetation in a neighbourhood may be an unrecognized environmental influence on cardiovascular health and a potentially significant public health intervention.”

Previous studies have also suggested that neighbourhood green spaces are associated with positive effects on overall physical and psychosocial health and well-being, as well as reduced rates of death from cardiovascular and respiratory diseases, and improved rates of stroke survival, according to Bhatnagar. However, these reports are largely limited by their reliance on self-reported questionnaires and area-level records and evaluations, he said.

Living in a neighbourhood dense with trees, bushes and other green vegetation may be good for the health of your heart and blood vessels. [Photo: Bigstock]