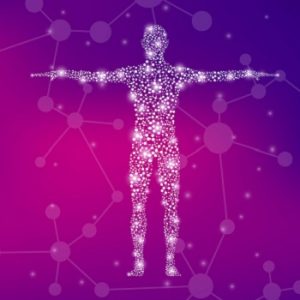 There's a whole universe of things we still don't know about our bodies. [photo: Bigstock]

We inhabit these bodies of ours for seven or more decades. We drag them around – or they drag us around. We take care of them, or not. We think we know them; and even if we don’t, we think others – like doctors and scientists – know them. But the truth is that the human body, like outerspace, is mostly still a mystery.

This fact was highlighted recently when scientists at the New York University School of Medicine discovered a potential new ‘organ’ – possibly the largest in the body and one whose influence we can only guess at.

What was once thought simply to be a web of dense, collagen and elastin connective tissue, has been shown to be a series of connected fluid-filled compartments which researchers have termed the “interstitium”.

The spaces in-between
These in-between spaces which serve as a “highway of moving fluid” are found all over the body, in under and around the skin, the digestive and urinary tracts, the lungs, blood vessels and muscles.

The analysis published in the journal Scientific Reports is the first to identify this network of in-between spaces, to propose a name for it – the interstitium – and to propose that it functions in much the same way as an organ , and indeed may actually be an organ.

How did we miss this? The presence of interstitial fluid-filled spaces has long been known, though not well understood. According to the researchers, traditional methods for examining body tissues use a “fixing” method for assembling medical microscope slides that involves draining away fluid, basically destroying its structure.

This meant that the nature of interstitium, as a possible body-wide and connected ‘organ’, has been overlooked.

There are, of course, dissenting voices who believe that the interstitium is not an organ. Even so I find discussions like this both fascinating and moving.

So much to learn
We have an understanding of the mechanics of the body, how the kidney serves as a filter, how the heart serves as a pump, what lungs do and how they do it. But even now we can’t say for sure why we have an appendix, or fingerprints or different blood types. We have only scratched the surface of the ecosystem of the microbiome, and really still have no deep insight into how the brain operates as an information processing organ.

For me the prospect of an interstitium has echoes of dark matter, also found in the space between things.

Dark matter makes up around 80% of the universe and its discovery helped us fill in the gaps between what we thought we understood about gravity and all the phenomena we’ve observed that don’t quite fit in with our understanding. We can’t see it, we can’t hold it and yet scientists believe it has strongly influenced the structure and evolution of the universe.

Back at body level, the scientists say that, in addition to the interstitium’s ability to cushion a healthy body’s organs and protect them from harm, it is possible that this fluid could be used to diagnose certain illnesses and that cancer cells may use this liquid ‘highway’ to travel throughout the body.

It’s interesting that the first thought of science is to discover how this new organ feeds disease. That, of course, is where the research money is. But let’s also take a moment to be humbled by how little we still know about ourselves; and, in our ignorance, at how much of what we call healthcare is often guesswork.

New connections
It’s also worth taking a moment to ponder yet another potential ‘communications network’ inside of us.
The human body is 60% water and if, in some quantum way, water can hold memory what role might the interstitium play in physiological or neurological memory?

Certainly the interstitial tissues are a source of lymph, a fluid that moves through the body’s lymphatic system and supports immune function. Likewise, discussion is ongoing in neuroscience about interstitial fluid and its link to memory. Its contribution may simply be chemical – but could it be something more?

It will be fascinating to see research in this field diversify and progresses. But while they work it out, take a moment to appreciate – and celebrate – just how amazing our bodies are and how much we have yet to learn.

There's a whole universe of things we still don't know about our bodies. [photo: Bigstock]