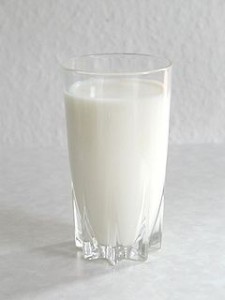 Introducing increasing amounts of foods that contain baked milk into the diets of children who have milk allergies helped a majority of them outgrow their allergies, according to a new study.

Researchers at the Mount Sinai School of Medicine’s Jaffe Food Allergy Institute studied 88 children, ages 2 to 17 years, who were diagnosed with milk allergy, evaluating their tolerance to foods containing baked milk, such as muffins, waffles and cookies. The high temperatures used in baking cause the proteins in milk to break down, reducing its potential to rigger allergies.

Over the course of five years, researchers used a series of food challenges to introduce the children to foods that had progressively less-heated forms of milk.

In the study’s first food challenge, children were given a plain muffin or waffle containing baked milk. Sixty five of the 88 children, approximately 75% , experienced no allergic reactions. Parents of those children were given specific guidelines on how to incorporate baked milk products such as muffins, cookies and cakes into their child’s daily diet. The children who reacted to the muffin continued avoiding foods containing milk.

After a period of six to 12 months, the 65 children who passed the initial muffin food challenge returned to the clinic for the second food challenge and were given cheese pizza. Baked cheese is cooked at a lower temperature than baked goods and contains higher amount of milk protein.

After an average of three years, the study participants who showed no reaction to baked cheese returned for the final food challenge, and were given foods with unheated milk such as skim milk, yogurt and ice cream. Of the 65 children who passed the initial muffin challenge, 60% could tolerate unheated milk.

At the end of the study period, 47% of the children in the experimental group could tolerate unheated milk products, such as skim milk, yogurt and ice cream, compared to only 22% in a control group, suggesting that controlled, increased exposure to baked milk products accelerates the rate at which children outgrow their milk allergies.

Dr Anna Nowak-Wegrzyn, co-author of the study, and an Associate Professor of Pediatrics, Allergy and Immunology at Mount Sinai School of Medicine called the findings “exciting”.

He noted: “This study shows that many children with allergies do not need to completely avoid all milk products. It’s also an encouraging sign that through careful medical supervision, children can grow out of their allergies much quicker.”