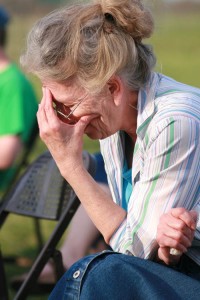 Junk food diet raises risk of Alzheimer’s in the elderly

Natural Health News — New research has found that the brains elderly people with ‘junk food’ diets are more prone to the kind of shrinkage typical of Alzheimer’s disease.

The research by scientists from the Oregon Health and Science University in Portland, Oregon, and the Linus Pauling Institute at Oregon State University was among the first of its type to specifically measure a wide range of blood nutrient levels instead of basing findings on less precise data such as food questionnaires.

The study involved 104 people, at an average age of 87, with no special risk factors for memory or mental acuity. It tested 30 different nutrients in their blood, and 42 participants also had MRI scans to measure their brain volume.

While higher levels of several vitamins and omega-3 fatty acids in their blood led to better performance on mental acuity tests and less of the brain shrinkage typical of Alzheimer’s disease – a poor diet produced just the opposite result even after taking other risk factors such as smoking, drinking, blood pressure, weight into account.

Among the findings and observations in the study, published in the journal Neurology, were:

The use of blood analysis, say the scientists, helped to eliminate issues such as people’s flawed recollection of what they ate, and personal variability in nutrients absorbed.

“This approach clearly shows the biological and neurological activity that’s associated with actual nutrient levels, both good and bad,” said Maret Traber, a principal investigator with the Linus Pauling Institute and co-author on the study.

“I’m a firm believer these nutrients have strong potential to protect your brain and make it work better.” Traber said. “If anyone right now is considering a New Year’s resolution to improve their diet, this would certainly give them another reason to eat more fruits and vegetables.”

The finding that Alzheimer’s disease is linked to nutritional status is not new. But many studies have focussed on single nutrients taken in isolation.  The authors say their study emphasises the role of a wide range of nutrients working together to protect the brain.

The downside to the study is that it was very small and the authors acknowledge that their findings need to be confirmed with further research.