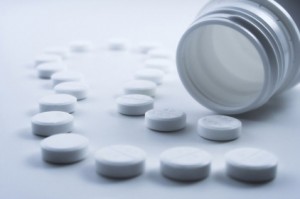 Natural Health News — Prescription painkillers are responsible for more fatal overdoses in the US than heroin and cocaine combined, according to a new report.

While most states have programmes to curb abuse and addiction, a  systematic analysis by experts from the Prescription Drug Monitoring Program Center of Excellence at Brandeis University’s  found what amounted to little more that a patchwork of strategies and standards orr protecting patients from these powerful drugs.

Among the study’s primary conclusions was that prescription drug monitoring programmes should shift from a reactive to a proactive approach.

John L Eadie, Director of the PDMP Center of Excellence which is part of Brandeis University in Boston, said being proactive was “the key to success” in preventing fatal overdoses.

The paper identified several practices with demonstrated effectiveness. For example:

But no social awareness

The proactive approach identified by the researchers, frustratingly, does not include working with patients to understand, or treat, the root causes of pain or painkiller abuse. Nor does it work with doctors to drive home the ineffectiveness and often the inappropriateness of many painkiller prescriptions.

These issues were, however, touched upon in new guidelines for painkiller prescriptions issued recently by National Institute for Clinical Excellence (NICE) in the UK.

More than 10 million people in the UK experience regular or frequent headaches, making them one of the most common health complaints. They account for around 1 in 25 of GP consultations.

According to NICE around 1 in 50 people in the UK experience headaches caused by the overuse of painkillers. Common over-the-counter medications, such as paracetamol or aspirin, are effective for easing the pain of occasional headaches.

However, taking these medications too often can reduce their effectiveness and cause further pain and NICE estimates that around 1 million people in the UK are suffering headaches caused by medication overuse.

The new guidelines advise GPs and other healthcare professionals to be alert to the possibility of “medication overuse” in their patients who have been taking headache medication for up to 15 days per month, over three months or more, whose headache has developed or worsened while taking the drugs.

While the initiative is to be commended the phrase ‘medication overuse’ does seem to shift the blame away from prescribing doctors and onto patients. It could just as easily have been called ‘medication over-prescription’. Indeed there is ample evidence that doctors, urged on by pharmaceutical companies, prescribe multiple medications even when they are not indicated or safe.

In particular, NICE advises doctors be alert to headaches that develop or worsen in people while they are taking the following drugs for three months or more:

Says Dr Gillian Leng, Deputy Chief Executive of NICE: “Although headache is the most common neurological problem seen by GPs and neurologists, many people are not receiving correct or timely diagnoses.”

“Our guideline outlines the assessments and treatments that people should expect to receive for primary headaches and medication overuse. We hope that this will help GPs and other healthcare professionals to correctly diagnose the type of headache disorder and better recognise patients whose headaches could be caused by their over-reliance on medications.”

There are, of course less drastic ways to deal with headaches. See related links for this story and our article Headaches: healthier ways to make the pain go away.