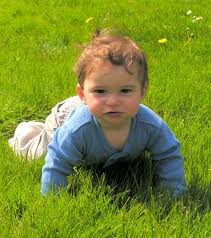 Paediatricians against pesticides – and about time too!

Natural Health News — Children should have as little exposure to pesticides as possible, the American Academy of Pediatrics urged.

A new  policy statement and technical report from the organisation has outlined steps for paediatricians to identify pesticide poisoning, evaluate for pesticide-related illness, provide appropriate treatment, and help prevent unnecessary exposure and poisoning.

“Children encounter pesticides daily and have unique susceptibilities to their potential toxicity,” James Roberts, MD, MPH, and colleagues wrote in the current edition of the journal Pediatrics.

Food is the biggest threat

Household insecticides, pet flea and tick chemicals, and agricultural pesticide residues are all hazards but may not constitute the biggest impact.

“For many children, diet may be the most influential source,” the statement noted.

The report pointed to a 2006 study in the journal Environmental Health Perspectives which showed that when children were switched to an organic diet there was a “drastic and immediate decrease” in pesticides in their urine. In other words a shift in diet can make a big difference.

This was, of course ironic, given that just a month ago the Academy released a report suggesting that while  there were some potential benefits of eating an organic diet, including a lighter environmental impact from organic farming, less exposure to pesticides, and potentially less exposure to drug-resistant pathogens, the evidence isn’t there to support any meaningful impact of these benefits on children’s health. (For our response to such arguments see here)

While the scientists say there’s no good data on exactly how common acute pesticide poisoning is among children, they nevertheless acknowledge that paediatricians have a “poor track record” when it comes to recognising it.

It is an acknowledged fact that Infants and children may be especially sensitive to health risks posed by pesticides for several reasons:

Pesticides may harm a developing child by blocking the absorption of important food nutrients necessary for normal healthy growth. Another way pesticides may cause harm is if a child’s excretory system is not fully developed, the body may not fully remove pesticides. Also, there are “critical periods” in human development when exposure to a toxin can permanently alter the way an individual’s biological system operates.

The statement recommended having what it called “an index of suspicion” based on familiarity with the way toxins like pesticides behave in the body – outlined in the document for individual classes of pesticides – and taking an environmental history.

For example, rodenticides are long-acting anticoagulants. Poisoning with them causes bleeding through the gums, nose, and other mucous membranes as well as bruising. Vitamin K would be the treatment.

But the ‘cure’ isn’t always that simple, the scientists point out.

“Organophosphate and carbamate poisoning are perhaps the most widely known acute poisoning syndromes, can be diagnosed by depressed red blood cell cholinesterase levels, and have available antidotal therapy,” they note.

Atropine is the primary antidote. Pralidoxime also works to reverse organophosphate toxicity, but isn’t indicated for carbamate poisoning, which is usually reversible.

On the other hand, atropine can be disastrous in the case of pyrethroid poisoning, so discernment is important.

The local or regional poison control centre can be a a key resource; so can the label on the pesticide. Labels usually provide basic first aid advice. Some also have relevant medical information in a “note for physicians.”

But labels don’t usually talk about toxicity of inert or inactive ingredients or chronic toxicity, though, the chronic effects of which can range from adverse birth outcomes to cognitive deficits, asthma, and cancer.

Here the report gets into interesting territory by suggesting the use of integrated pest management (IPM) to minimize or replace chemical pesticides.

IPM is recommended by many advocates of organic farming as an effective and environmentally sensitive approach to pest management. It that relies on a combination of common-sense practices based on the life cycles of pests and their interaction with the environment. It can also involve rotating between different crops, selecting pest-resistant varieties, and planting pest-free rootstock.

Where pesticides are used the report recommends posting warning signs, and a restricting spray zone as a buffer around schools.

The group also made recommendations to government such as better regulation of labelling, ensuring pesticide marketing doesn’t look attractive to children, and optimising national surveillance of pesticide-related poisoning.

It’s a big job – and one that is long overdue.