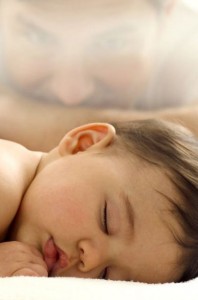 Natural Health News — A new study suggests that avoiding non-organic dairy products like butter and cheese during pregnancy may help reduce the risk of the birth defect hypospadias.

With hypospadias the opening of the urethra is on the underside, rather than at the end, of the penis. In Europe, the prevalence of hypospadias has been increasing with no obvious explanation (and not much chance of finding one since, as the abnormality has become so much more common, many European countries have abandoned monitoring its occurrence).

In the United States, data from two birth defects surveys has shown an unexplained doubling in the incidence. One, from the Centers for Disease Control, is particularly intriguing because it shows that the incidence of severe hypospadias, not just mild forms, is increasing. This implies that the increase is not due to an increase in surveillance or reporting – as is often claimed when clusters of health problems crop up.

In the current study, published in the Journal of Urology, Danish researchers say they found that women who rarely chose organic foods and used non-organic butter and cheese during pregnancy were twice as likely as those who ate organic food to have a boy with hypospadias.

For the study, researchers surveyed mothers of 305 boys with the abnormality and mothers of 306 healthy boys about their dietary and demographic information including intake and organic choice of selected food items including milk, diary products, egg, fruit, vegetables and meat.

After adjustment for maternal age, body mass index and alcohol consumption, the researchers found overall, the choice of organic food items during pregnancy was not correlated with hypospadias in the offspring.

According to the authors, dietary exposure to pesticides or chemical contamination of high fat dairy products may be responsible for the increase in the risk of hypospadias. High fat dairy products attract more fat soluble pollutants.  Thus eating these foods may lead to high intake of pesticides and other pollutants and potentially pose a risk to the fetus and the mother.