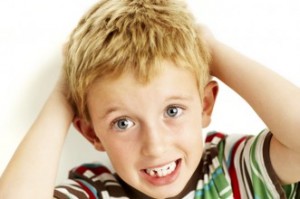 Headlice are nearly completely resistant to conventional treatments - time to try something new!

Head lice infestation is a major public-health issue and resistance to commonly used treatments means the problem is set to grow.

Years of relentless exposure to a narrow range of pediculicides (insecticide) treatment options has given rise to a surviving head lice population that is armed with what geneticists call “knockdown resistance,” in the form of the TI genetic mutation.

This gives most of today’s head lice the ability to withstand exposure to “pyrethroid” compounds such as permethrin and other ingredients found in most non-prescription head lice drugs.

Pyrethroids are by far the most widely used commercial treatment. They kill lice by essentially short-circuiting their nervous system. In spite of concerns over the health implications for children, such drugs became the standard of care.

Resistance to pyrethroid compounds arose very soon after they began to be used widely in the 1990s. However, this latest study, in the March issue of the Journal of Medical Entomology suggests that head lice are now almost 1o0% resistant to common treatments.

Tracing the problem back to DDT

This is not a new problem, nor is it restricted to the US. Resistance to these substances has been shown again and again for example in 1999 by scientists Harvard School of Public Health, in a study spanning California, Florida and Texas in 2003 and in Israel in 1995.

In 2006 a study in Wales involving 300 000 primary schoolchildren found that 4 out of 5 lice were resistant to permethrin.

But the seeds of permethrin’s future failure were planted decades earlier, shortly after WWII, when the pesticide DDT was being used in an effort to control body lice infestations (as well as on industrial crops, in parks and in homes).

According to the study, head lice got caught up in the process and developed and began to pass on the protective TI mutation decades before the introduction of permethrin products.

With that in mind, investigators set out to examine the current level of resistance of North American head lice by conducting a genetic analysis of lice samples collected from 32 mostly urban locations across the United States and Canada.

DNA sampling revealed that more than 88% of the lice found in both countries carried the specific TI mutation that makes lice resistant to standard over-the-counter permethrin medications.

In the United States alone, the researchers found this genetic resistance in around 84% of the lice population between 1999 and 2009. But a closer look at the final years of this timeframe – between 2007 and 2009 – revealed that the rate actually began to approach 100%.

The need for new approaches

Accordingly, the researchers concluded that the need for new treatments for lice has reached a critical stage.

Over the last three years, they say, we have seen several compounds entering the market including the brands Ulesfia, Sklice and Natroba.

The lesson from pyrethroids, however, would seem to be that lice can eventually become resistant to most compounds used to fight them. This leads manufacturers to put more than one insecticide in their treatments in the hopes that if one doesn’t work the other will.

Much the same is happening with the pesticides used on food crops, and specifically GM crops, which are promoting a whole new level of resistance amongst agricultural insects as well as with the overuse of antibiotics used to treat both humans and animals.

As the treatments get more complex, they also get more expensive.

But good news has come in the form of another study which shows that ordinary hair conditioner is just as effective, and certainly less toxic, than conventional lice removal products.

Eggs from head lice, also called nits, are incredibly difficult to remove and yet complete removal is key to clearing an infestation.

Female lice lay eggs directly onto strands of hair, and they cement them in place with a glue-like substance, making them hard to get rid of. In fact, the eggs are glued down so strongly that they will stay in place even after hair has been treated with pediculicides.

In new research, just published in the Journal of Medical Entomology, Belgian scientists gathered 605 hairs from six different children, each with a nit egg on it.

They tested how difficult it was to remove the eggs using a variety of different products.

The authors hypothesize that the deionised water was effective because it acts as a lubricant, so less friction is needed to remove the nits from the hairs. The same goes for the conditioners.

The bottom line is: if you want to treat head lice, time, attention and a good conditioner may be your safest and most effective option.

Headlice are nearly completely resistant to conventional treatments - time to try something new!