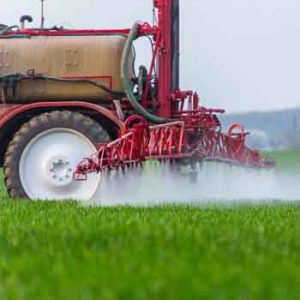 Natural Health News — Pregnant women exposed to agricultural pesticides have a 66% increased risk of having a child with autism spectrum disorder or other developmental delay, a new study has revealed.

Researchers at University of California Davis MIND Institute found the associations were stronger when the exposures occurred during the second and third trimesters of the women’s pregnancies.

The large, multisite California-based study examined associations between specific classes of pesticides, including organophosphates, pyrethroids and carbamates, applied during the study participants’ pregnancies and later diagnoses of autism and developmental delay in their offspring. It is published online in Environmental Health Perspectives.

“This study validates the results of earlier research that has reported associations between having a child with autism and prenatal exposure to agricultural chemicals in California,” said lead study author Janie F. Shelton, a UC Davis graduate student who now consults with the United Nations.

“While we still must investigate whether certain sub-groups are more vulnerable to exposures to these compounds than others, the message is very clear: Women who are pregnant should take special care to avoid contact with agricultural chemicals whenever possible.”

California is the top agricultural producing state in the nation, grossing $38 billion in revenue from farm crops in 2010. Statewide, approximately 200 million pounds of active pesticides are applied each year, most of it in the Central Valley, north to the Sacramento Valley and south to the Imperial Valley on the California-Mexico border. #

A wide range of pesticides

The study was conducted by examining commercial pesticide application using the California Pesticide Use Report and linking the data to the residential addresses of approximately 1,000 participants in the Northern California-based Childhood Risk of Autism from Genetics and the Environment (CHARGE) Study.

It included families with children between 2 and 5 diagnosed with autism or developmental delay or with typical development. It is led by principal investigator Irva Hertz-Picciotto, a MIND Institute researcher and professor and vice chair of the Department of Public Health Sciences at UC Davis. The majority of study participants live in the Sacramento Valley, Central Valley and the greater San Francisco Bay Area.

Twenty-one chemical compounds were identified in the organophosphate class, including chlorpyrifos, acephate and diazinon. The second most commonly applied class of pesticides was pyrethroids, one quarter of which was esfenvalerate, followed by lambda-cyhalothrin permethrin, cypermethrin and tau-fluvalinate. Eighty percent of the carbamates were methomyl and carbaryl.

For the study, researchers used questionnaires to obtain study participants’ residential addresses during the pre-conception and pregnancy periods. The addresses then were overlaid on maps with the locations of agricultural chemical application sites based on the pesticide-use reports to determine residential proximity. The study also examined which participants were exposed to which agricultural chemicals.

“We mapped where our study participants’ lived during pregnancy and around the time of birth. In California, pesticide applicators must report what they’re applying, where they’re applying it, dates when the applications were made and how much was applied,” Hertz-Picciotto said. “What we saw were several classes of pesticides more commonly applied near residences of mothers whose children developed autism or had delayed cognitive or other skills.”

Organophosphates applied over the course of pregnancy were associated with an elevated risk of autism spectrum disorder, particularly for chlorpyrifos applications in the second trimester.

Pyrethroids were moderately associated with autism spectrum disorder immediately prior to conception and in the third trimester. Carbamates applied during pregnancy were associated with developmental delay.

Exposures to insecticides for those living near agricultural areas may be problematic, especially during gestation, because the developing fetal brain may be more vulnerable than it is in adults. Because these pesticides are neurotoxic, in utero exposures during early development may distort the complex processes of structural development and neuronal signalling, producing alterations to the excitation and inhibition mechanisms that govern mood, learning, social interactions and behaviour.

“In that early developmental gestational period, the brain is developing synapses, the spaces between neurons, where electrical impulses are turned into neurotransmitting chemicals that leap from one neuron to another to pass messages along. The formation of these junctions is really important and may well be where these pesticides are operating and affecting neurotransmission,” Hertz-Picciotto said.

Research from the CHARGE Study has emphasised the importance of maternal nutrition during pregnancy, particularly the use of prenatal vitamins to reduce the risk of having a child with autism. While it’s impossible to entirely eliminate risks due to environmental exposures, Hertz-Picciotto said that finding ways to reduce exposures to chemical pesticides, particularly for the very young, is important.

“We need to open up a dialogue about how this can be done, at both a societal and individual level,” she said. “If it were my family, I wouldn’t want to live close to where heavy pesticides are being applied.”