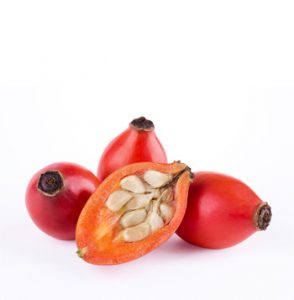 Natural Health News — As the rate of caesarean operations increases, so does the risk of urinary tract infections after birth. But a natural remedy, derived from rosehips could help keep infection in check.

Some natural remedies like cranberries have produced good results in human tests. But while laboratory ​studies demonstrate that rose hips -or fruits of the Rosa canina ​plant -prevent the growth of UTI-causing bacteria Escherichia coli​, the researchers said that no clinical trials have been done yet looking specifically at the plant’s role in reducing post-partum UTIs, especially among women who have undergone caesareans.

» Delivering a baby by caesarean surgery means the mother is usually catheterised post-partum. This can lead to a higher risk of urinary tract infections.

» Research has shown that cranberries are an effective natural remedy but another remedy, rose hips, has not been so well researched.

» In a study involving 400 women, researchers in Iran found that compared to placebo a rose hip supplement significantly reduced the rate of UTIs after a caesarean.

The triple-blind study, published in the journal Phytotherapy Research, involved 400 women recruited from two hospitals in Tabriz, in Iran who underwent a caesarean between August 2016 and March 2017. The women were divided into two groups of 200 women each taking either a rose hip supplement or placebo.

To be included, the women had to have had a caesarean in the 48 hours before they begin the intervention period, and to only have had a maximum of three doses of antibiotics post operation.

The doctors were looking for the incidence of any type of UTI during the 20-day follow-up.

The capsules were made out of Rosa canina ​fruits procured from an herbalist in Tabriz and milled into a powder. For the placebo, starch powder was used.

A separate analysis of the capsules revealed that each contained 880 mg/100 mL of vitamin C, as well as flavonoids such as quercetin, which has been studied for its antibacterial effect.

The women took the rosehip or placebo capsules twice daily half an hour after meals with a glass of water. This period lasted from 48 hours after the caesarean and continued for 18 more days. The women were followed up with telephone calls to ascertain compliance with the regimen.

After all women from both groups completed their intervention period, the researchers found that the total risk of UTI on the 7th​ to 10th​ days of the trial was significantly lower in the rose hip group compared to the placebo group.

The results led the researchers to conclude that rose hip “can be used in post caesarean post-partum as an inexpensive and cost-effective substance for promoting maternal health.”​

It is also likely to be effective for the general treatment of UTIs as an alternative to conventional medications and as a natural therapy to stand alongside cranberries.

The positive effect of the herbal remedy, say the researchers from the University of Medical Sciences in Tabriz, could be due to the high vitamin C levels which can help prevent UTI through its antioxidant properties.